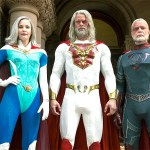 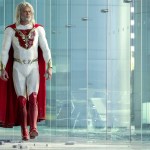 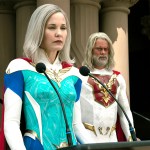 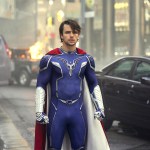 ‘Jupiter’s Legacy’ is Netflix’s latest #1 hit, and everyone is talking about Andrew Horton. Here’s what you need to know about the actor who stars alongside Josh Duhamel and Leslie Bibb.

Jupiter’s Legacy has taken over Netflix. Within just days of its May 7 debut, the superhero series has become the #1 show on the streaming service in the United States. The show stars Josh Duhamel, Leslie Bibb, and Ben Daniels, as well as a number of young and rising stars.

One of those rising stars is Andrew Horton. He has one of the leading roles in the series, and he’s going to be one to keep your eye on. So, who is Andrew Horton? HollywoodLife has rounded up 5 key things you need to know about him.

Brandon is Grace and Sheldon Sampson’s son. He trains to take on the mantle of The Utopian alongside his parents in The Union. Like a lot of kids, Brandon struggles to live up to his superhero parents’ expectations.

2. Andrew is from England.

The British actor was born in Surrey, England. He was a natural performer from a young age and often starred in his school productions. Andrew went on to study drama at the University of Exeter and trained at the Royal Welsh College of Music and Drama.

Andrew is a classically trained singer. He was a member of the National Youth Choirs of Great Britain for 8 years. He was accepted when he was just 11 years old.

Now that the show is a major hit, everyone’s hoping for a second season of Jupiter’s Legacy. Andrew revealed that he expected a statement fairly soon from Netflix. “I think it’s going to come around pretty soon, as far as I’m aware, from Netflix higher-up talks,” he told Metro. “So I’m hoping that within the next month or within the month of the show coming out that we should have an idea. Hopefully sooner, because then I can start planning the rest of my year accordingly.”

Andrew launched his Instagram account in 2017. In the weeks and months leading up to the release of Jupiter’s Legacy, Andrew has been more active on Instagram. He’s posted a number of behind-the-scenes shows from the set of the Netflix series.