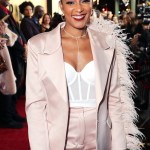 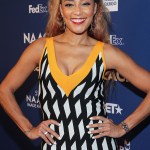 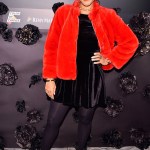 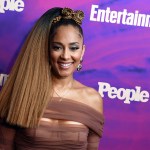 Amanda Seales was just announced as the host of the 2020 BET Awards, which will air on June 28, in the midst of Black Lives Matter protests regularly taking place worldwide. Here are five things you should know about her.

Amanda Seales, 38, is gearing up to host the 2020 BET Awards during a live simulcast on June 28. The popular award show will air on several ViacomCBS networks, including BET, BET HER, and CBS at 8 p.m. ET/PT and 7 p.m. CT and it’s sure to be quite the year since it comes in the midst of the Black Lives Matter movement taking to the streets in massive protests since the tragic death of African American man George Floyd on May 25. The comedian and actress’ upcoming gig was announced on June 15 and from the looks of her impressive background, we can guarantee she’s going to do a fantastic job!

Here’s everything you need to know about Amanda and her successful career.

1.) She is a dual citizen of the United States and Grenada. Although Amanda was born in Inglewood, CA, her mother was born and raised in Mt. Moritz, Grenada so she obtained citizenship there too. Her father is African-American and she lived in various places while growing up, including Orlando, FL.

2.) She has co-hosted The Real. Acting and comedy is what she mostly takes part in but she was a co-host of the popular talk show alongside Loni Love, Tamera Mowry, Adrienne Bailon, and Jeannie Mai in 2020. She was on the show for six months but decided to not renew her contract after she felt she couldn’t openly speak about recent social issues.

3.) Her career also includes music. The talented beauty replaced Natalie Stewart of the musical duo Floetry during a tour with Marsha Ambrosius in 2007 and went on to release her own music, including her first EP, Life Experience. She’s also collaborated with other musicians such as Q-Tip and N.O.R.E.

4.) She regularly shares social media posts that support the Black Lives Matter movement and racial justice. She calls some of her posts “PSAs” and on June 4 she shared a video of herself talking about Breonna Taylor, an African American woman who died at the hands of police, in honor of her birthday and explained why it’s important to remember her and others like her, especially women.

“I want us to make sure that we’re conscious when we’re speaking about violence and violence against black bodies,” she said in the video. “And that we’re not simply centering black men but we’re making it a point to center black people because all black lives matter.”

5.) In addition to Black Lives Matter, she takes part in other campaigns and has a podcast. She teamed up with the national campaign Truth to start an anti-smoking campaign and her weekly podcast, Small Doses, “brings potent truths for everyday use.”