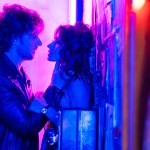 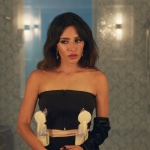 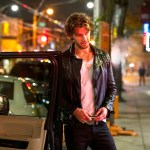 Christian Grey, who? Adam Demos is one of the very sexy stars of Netflix’s new show ‘Sex/Life.’ Here’s what you need to know about this Australian hunk.

There’s a new Hollywood hunk to drool over, and his name is Adam Demos. The 35-year-old actor plays Brad Simon in Netflix’s new drama series Sex/Life, which debuted on June 25. Brad is the man Billie Connelly just can’t get out of her head, even though she’s married and they’ve been broken up for years.

So, who is Adam Demos? From his road to Hollywood to his real-life relationship with his Sex/Life co-star, HollywoodLife has 5 key things you need to know. Trust us, you’re going to want to remember this one.

1. Adam is from Australia.

Adam was born in Wollongong, New South Wales, Australia. His first-ever role was in an episode of Home and Away, an Australian soap opera, in 2009. In Sex/Life, Adam was able to incorporate his Australian accent into the role.

Adam and Sarah Shahi, who plays Brad’s love interest, Billie, met and fell in love on the set of Sex/Life. The couple first posted photos of each other on New Year’s Eve. In honor of Sarah’s birthday on January 10, Adam wrote a sweet message to her on Instagram. “Happy bday my baby. I f*#kin love you. You’re everything,” he captioned his photos. Adam and Sarah frequently posted photos of each other but didn’t confirm their relationship publicly right away.

On Sex/Life’s premiere day, Sarah posted on her Instagram Story: “Lots of outlets wanted the scoop on what it was like to be together and work with each other. @leoeditdaily and my BFF @ilariaurbinati were the only ones I trusted enough for the scoop.”

3. His breakout role was on ‘UnREAL.’

The role of August Walker on UnREAL was Adam’s first international production. He worked alongside Sex/Life creator Stacy Ruskeyer on UnREAL. After UnREAL, Adam starred alongside Christina Milian in the Netflix rom-com Falling Inn Love.

4. Adam worked in construction before becoming an actor.

Before he got his big break in acting, Adam was a construction worker. “When I started construction, I used to dream about being an actor,” he told Refinery29 when promoting Falling Inn Love. “Then all of a sudden all these years later I’m on set acting, pretending to do construction and I don’t actually have to do it.”

Adam first enrolled in an acting class at Screenwise Film & TV Acting School at the age of 23. “I wanted to give acting a shot but had no idea where to start so I just googled acting schools and Screenwise came up,” he told GQ. “Turned out that google was spot on.” And the rest is history!