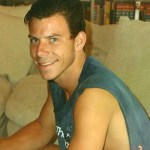 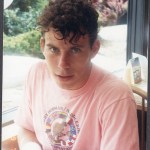 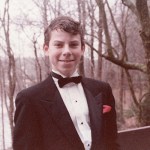 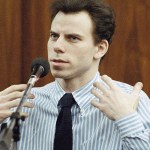 The Menendez brothers — convicted in 1993 for murdering their wealthy parents — have newfound fame thanks to TikTok. Get to know them here.

Lyle and Erik Menendez  — aka the murderous Menendez brothers — continue to sit in prison with life sentences for killing their wealthy parents inside their Beverly Hills mansion in 1989. A new 20/20 special airing on Friday, Apr. 2, 2021 will look at how the pair have have a fame resurgence. TikTok videos about them have garnered over 130 million views, with many teens calling for their release. The special will also feature a brand new interview with Lyle, 53. It airs on ABC from 9pm-11pm EST/PST. We’ve got five things to know about Lyle and Erik, 50.

Lyle and Erik had promising futures

At the time of their parents’ Aug. 20, 1989 murders, Lyle was a student at Princeton and Erik was an incoming freshman to U.C.L.A. They had grown up in Beverly Hills with a privileged life, thanks to their wealthy parents, Jose, a Hollywood executive, and Mary Louise “Kitty,“ a former beauty queen.

After Jose and Kitty were found brutally shot to death in their Beverly Hills mansion, the brothers spent money wildly in the months prior to their March 1990 arrest. They blew through nearly a million dollars of their parents cash on everything from cars and jewelry, to purchasing restaurants and cafes. They were eventually arrested after Erik confessed the crimes to his psychiatrist, who told his mistress about it. She alerted the police and the brothers were arrested.

Lyle and Erik were convicted of first degree murder

The brothers claimed at trial that their father — who was nearly decapitated by a point-blank blast from a 12-gauge shotgun — was sexually and emotionally abusive, which drove them to kill. As for their mother — who was shot 14 times — the brothers said she was a selfish alcoholic who encouraged her husband’s abuse of their children. Their first trial finally began in 1993 and ended up with a deadlocked jury. In their second trial, the judge limited the testimony on the alleged abuse, and the brothers were convicted of first-degree murder, and of conspiracy to commit murder. They were later sentenced to life in prison without the possibility of parole

Lyle and Erik have both married while in prison

There was no lack of ladies interested in the handsome brothers, despite their heinous crime and life behind bars. Lyle married Anna Erikssen on July 2, 1996, but they divorced on April 1, 2001 after Anna found out he was cheating on her with another woman (even though it was via pen pal relationship, as he is not allowed conjugal visits). Lyle married for a second time in November 2003 to Rebecca Sneed, who he had been pen pals with for nearly a decade. The ceremony took place in the visiting area of California’s Mule Creek State Prison. Erik became a married man when he wed Tammi Ruth Saccoman on June 12, 1999 at Folsom State Prison.

Lyle and Erik have gained a massive TikTok following

Nearly 32 years after murdering their parents, a huge number of teens are calling the brothers’ sentence unfair and unjust. The single account menendezz_brotherss — which demands “Free the menendez brothers!!!” has over 530K likes and nealy 8K followers, while the account imirishhx  — which is devoted to the men, saying it is “a case that needs to be heard” — has 16.6K followers and 1.5M likes. In all, TikTok videos about the brothers’ case have 130 million views…and will likely have even more after the 20/20 special airs.