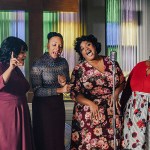 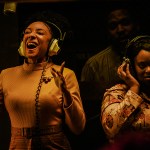 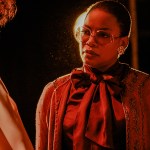 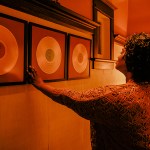 The new Lifetime movie ‘The Clark Sisters: First Ladies of Gospel’ premieres April 11. The Clark Sisters are one of the greatest gospel groups of all-time and HL has rounded up 5 key things you need to know.

The Clark Sisters: First Ladies of Gospel is telling the incredible true story of the all-female gospel group and their mother Mattie Moss Clark. The Lifetime movie, premiering April 11 at 8 p.m. ET, stars Christina Bell as Twinkie, Kierra Sheard as Karen, Sheléa Frazier as Dorinda, Raven Goodwin as Denise, Angela Birchett as Jacky, and Aunjanue Ellis as Mattie. So, who are The Clark Sisters? HollywoodLife is taking a trip down memory lane before the authorized musical tale about this group airs.

1. The Clark Sisters initially consisted of 5 sisters. The group started out with Jacky Clark Chisholm, Denise Clark Bradford, Elbernita “Twinkie” Clark-Terrell, Dorinda Clark-Cole, and Karen Clark Sheard. The Clark Sisters rose to fame in the 1980s and are known for helping bring gospel music to the mainstream. Their first album, Jesus Has a Lot to Give, was released in 1973. Their most popular songs include “Is My Living in Vain”, “Hallelujah”, “He Gave Me Nothing to Lose”, “Endow Me”, “Jesus Is A Love Song”, and more. The group has won Grammy Awards, including Best Gospel Performance and Best Traditional Gospel Album. They are the highest-selling female gospel group in history.

2. The Lifetime movie features a family connection in the cast. Kierra Sheard, who plays Karen, is playing the role of her mother in The Clark Sisters: First Ladies of Gospel. Kierra has followed in her mother’s footsteps and is a gospel recording artist.

3. There’s been some family drama over the years. The sisters have all explored solo careers, but Denise left the group in 1986. The group forged ahead with only 4 members after Denise’s departure and released a number of albums.

4. The group recently released a new album. The Return was released in March 2020. Snoop Dogg is featured on the track “His Love.” It was The Clark Sisters’ first album since the release of A Clark Family Christmas in 2009.