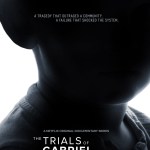 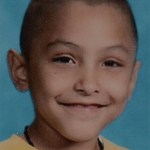 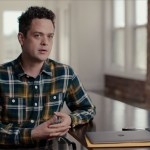 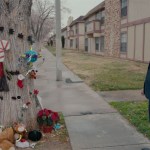 The tragic case of an 8-year-old Calif. boy who was killed at the hands of his mom and her boyfriend is going under the Netflix microscope. Here’s what you need to know about the series that will break your heart.

It’s the case that stunned Los Angeles in 2013. When 8-year-old Gabriel Fernandez died after being tortured by his mom, Pearl, and her boyfriend, Isauro Aguirre, outraged residents demanded to know why. How could this happen? How could the system fail a little boy who suffered prolonged abuse that left him with so many horrific injuries that just recounting them left seasoned cops and ER medics in tears?

Seven years after little Gabriel’s death – and nearly two years after his mom and her boyfriend were put behind bars for good – a new series seeks to answer those questions. In his six-part documentary, The Trials of Gabriel Fernandez, director Brian Knappenberger takes a deep dive into the case and examines what happened to the little boy who was robbed of his life in May 2013 after succumbing to a fatal final beating. Here are five things you need to know about the series and the case:

1. The Trials Of Gabriel Fernandez is not for the faint-hearted. It goes into gruesome detail about the abuse the little boy suffered – from being shot with a BB gun, starved and forced to eat cat litter, to being beaten and made to sleep in a small cabinet. The series begins with an ER nurse who desperately tried to save Gabriel, tearfully revealing what she witnessed when he was brought into her hospital. “He had a depressed skull fracture, meaning you could feel his skull…,” she says. “His was dented and you could feel… like it [was] crunchy on his head. I remember his throat just looked like somebody burned him. Bruising and cuts all over his face. Black eyes. Cuts everywhere… Just every part on his body there was something.”

2. The docu-series was inspired by the reporting of former Los Angeles Times journalist Garrett Therolf. “I just thought it was a really compelling story,” Brian Knappenberger tells HollywoodLife EXCLUSIVELY. The director, who was given access to the L.A. County Superior Court to film the trial in 2017, admits he was increasingly drawn in the more testimonies that he witnessed. “It was so powerful and so tense, and it was so clear that Gabriel’s story had touched nearly everybody he had come in contact with,” Knappenberger says, adding, “[H]earing those stories, I think we were just blown away and we had to dig deeper.”

3. It examines the shortcomings of the Department of Children and Family Services. In March 2016, four social workers who managed Gabriel’s case and failed to prevent his final fatal beating, were charged with felony child abuse and falsifying public records. Those charges were dismissed in January 2020, but Knappenberger’s series still tries to illustrate how the system failed Gabriel. “The Department of Children and Family Services is very secretive,” the director says. “We don’t know much about them. They’re not very transparent and I want people to understand the reach of this agency. Some people are great. We have social workers that are amazing… But the way that the system is structured right now is problematic.”

4. Gabriel’s abusers declined to be interviewed for the series. His mom Pearl, who pled guilty to first-degree murder in 2018, is serving a life sentence. Her former lover Isauro Aguirre was given the death penalty. “They had a full line of communication opened up to us if they wanted to call pretty much anytime,” Knappenberger says, “and they didn’t want to.”

5. The director hopes the series will motivate viewers to demand that what happened to Gabriel never happens again. “This system is the result of politicians, people on the [Los Angeles] Board of Supervisors, who have made decisions in order to create a system that we have.” The director – who notes that this situation is not unique to L.A. – believes viewers have the power to change things. He says, “The answer is [to] hold the politicians’ feet to the fire.” The Trials of Gabriel Fernandez premieres on Netflix on Feb. 26.