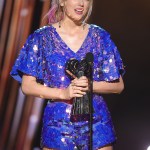 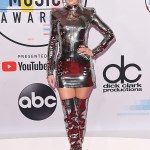 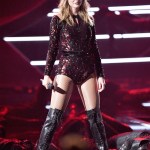 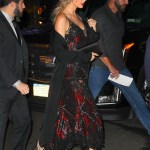 F-I-N-A-L-L-Y. Taylor Swift has confirmed her new album & fans are full on freaking out! Here’s everything we know so far about ‘Lover.’

It’s a good day to be a Swiftie. After much speculation, Taylor Swift, 29, has finally confirmed her new studio album on June 13, and even dished on the title! Lover is set to be released later this summer, and her dedicated fanbase are freaking out about the good news. As if that wasn’t enough, the singer will drop a new single, “You Need to Calm Down” on June 14, with the music video following on June 17. Taylor unveiled allllll the tea about her new record during an Instagram live session, and we’ve gathered all the details up for you right here!

1. The new album will contain 18 tracks. Lover is set to be Tay’s longest studio album to date!

3. Tay is super proud of her fans for figuring out some details of the album ahead of time. It’s no secret that Tay has some super sleuth fans, but she doesn’t mind at all! “There’s a lot that i’ve been so excited about an wanted to wait until the right time. I’ve been so honored by your dedication to discovering Easter Eggs,” she said on June 13.

4. It’s about to be romantic AF. “This album in tone is very romantic,” Taylor promised of the forthcoming record. “Not just simply thematically, like it’s all love songs or something. The idea of something being romantic…it doesn’t have to be a happy song.”

5. It will be here before we know it! The record is set to hit streaming services on August 23rd, 2019. We are SO ready for this.