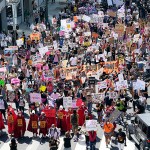 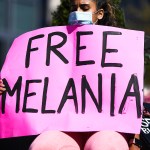 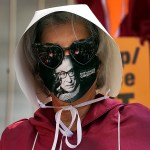 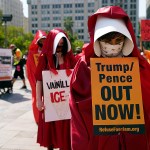 March 8 is International Women’s Day! The holiday celebrating the accomplishments of women worldwide is a day of action, protesting, and change. Find out more about its roots.

Women of the world unite! International Women’s Day is here, and it’s a chance from women, nonbinary folks, and male allies to join together to fight for their rights. It’s been an official holiday for 40+ years, but did you know women started organizing and protesting in the early 1900s? Learn more here:

1. International Women’s Day Was Recognized By The UN In 1975.

3. International Women’s Day Began In 1909 As A Socialist Movement.

While the UN didn’t make it official until 1975 (dubbed Year of the Woman), International Women’s Day has its roots in 1909. It was started by the Socialist Party Of America in the United States in response to the 1908 garment workers’ strike in New York, with women protesting against their poor working conditions. The Socialist International Party met in Copenhagen, Denmark in 1910 to establish a Women’s Day to honor women’s rights and strive toward suffrage.

Over 100 women from 17 countries unanimously approved it. It was celebrated for the first time by over a million women and men on March 19, 1911 in Austria, Denmark, Germany, and Switzerland. The participants attended rallies and demanded the right for women to work, as well as an end to workplace discrimination.

International Women’s Day was all about protest, even if some countries don’t do so today. It became a channel for women to protest World War I in 1913. Successful protests in Russia led to women gaining the right to vote in the country by 1917. If you want to protest for women’s rights, head to the official International Women’s Day site, where resources are provided for effectively campaigning!

International Women’s Day has a theme every year. According to the IWD campaign, 2021 is about challenging norms: “A challenged world is an alert world and from challenge comes change. So let’s all choose to challenge. How will you help forge a gender equal world? Celebrate women’s achievement. Raise awareness against bias. Take action for equality.”