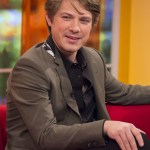 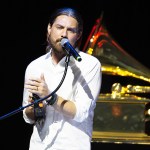 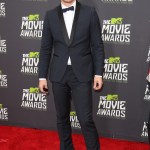 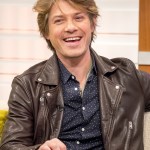 Taylor Hanson is the proud papa of seven kids! Learn all about the ‘MMMBop’ singer’s beautiful big brood right here.

Taylor Hanson found incredible fame early on in life as a member of the 1990s boy band Hanson. Alongside his two brothers, Zac and Isaac, the “MMMBop” singers were the picture perfect family. Now, all three musicians have large families of their own, with a total of 15 children between the brothers… and Taylor leads the pack with a brood of seven!

Taylor shares his seven kids with his wife of 20 years, Natalie. After meeting in 2000 and dating for two years, the cute couple walked down the aisle together in a chapel in Natalie’s home state of Georgia  Taylor was 19 years old when he wed Natalie, who was 18 at the time. Find out all about the adorable family here!

Taylor and Natalie welcomed their youngest child, baby girl Maybellene Alma Joy, on December 7, 2020. At the time, Natalie shared a snap of the bundle of joy near a Christmas tree, while Taylor posted a photo of himself holding Maybellene with the caption, “7 is a beautiful number.” Three months before the arrival of the precious tot, Taylor announced the couple were expecting, writing on his Instagram, “The best kind of unexpected. Number seven coming this December. #2020.” 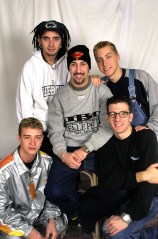 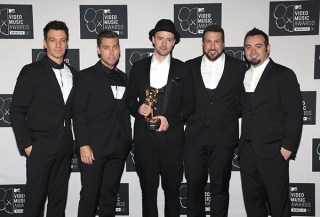 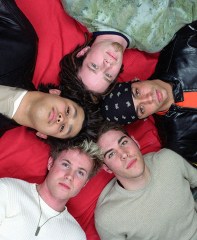 A day after Christmas in 2018, Taylor and Natalie received the most precious gift, as son Claude Indiana Emmanuel was born in their hometown of Tulsa, Oklahoma. “Natalie and I have always kept a love of adventure and pursuit of rich experiences at the heart of our family. There’s no greater adventure than welcoming a sixth little person to our tribe,” Taylor told People ahead of Claude’s birth.

On October 2, 2012, the growing Hanson brood welcomed baby girl Wilhelmina Jane. While trying to choose the perfect name for their daughter, Taylor instantly fell in love with Wilhelmina, but Natalie had to think it over at first. “I had to process for a minute,” she explained in a blog post on Nameberry. “However, he was right. It was a beautiful name. It was clearly feminine, with quite a heritage, and a plethora of pretty nicknames to choose from.”

The lucky parent’s fourth child, Viggo Moriah, arrived on December 9, 2008 and weighed 8 lbs., 5 oz. The expanding household wasn’t a concern for Taylor, however, as he told People at the time, “After two kids, you’re outnumbered, so once you cross having three, having four is not such a big deal.” Viggo appeared to be enjoying the large group of siblings as well. “He’s so interested in what everyone is doing around him,” Taylor explained to the outlet. “He loves to be in the middle of the action and doesn’t want to miss a thing.”

Son River Samuel (pictured right, above) was welcomed into the family on September 4, 2006. Around the time of River’s birth, Taylor took to the band’s website, Hanson.net, and wrote, “River Samuel is an incredible addition to our family, we could not be happier.”

On April 19, 2005, Taylor and Natalie announced the arrival of their first daughter, Penelope Anne (pictured far right, above). Penelope shares her middle name with her mother.

The eldest of the Hanson clan, son Jordan Ezra, arrived in October of  2002. After Jordan turned one, Taylor told People, “Having a baby is a life-changer. It gives you a whole other perspective on why you wake up every day.” He also revealed how his brothers Isaac and Zac, who had yet to be fathers at the time, responded to the newest family member. “They’re awesome as uncles. But they haven’t changed many diapers.”