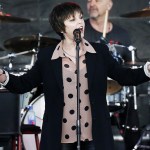 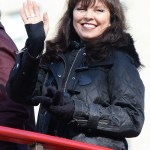 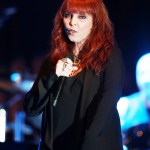 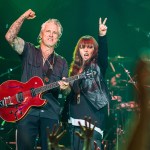 If love is truly a battlefield, then Pat Benatar won! Here’s what you need to know about the rock icon’s two adult daughters, Hana and Haley Giraldo.

Pat Benatar is one of the defining voices of the 1980s. With songs like “Heartbreaker,” “Shadows of the Night, “We Belong,” and “Invincible,” the New York native’s music was the soundtrack for a generation. Yet, while she was topping charts with “Love Is A Battlefield,” she was already winning the war of the heart with Neil Giraldo, the man she married in 1982. The couple has remained together ever since and welcomed two daughters into the world: Hana Giraldo and Haley Giraldo.

“I have different reasons for the way that I react to things now that I have kids,” Pat told Believer in 2003. “I have to put them out there, and then I have to worry. I try to do the best I can, but then I have to worry about some shmuck that she meets and she falls in love with, and did his parents do the best they could do? And what’s their story?” Pat described motherhood “like the Peace Corps… there was a commercial on TV when I was a kid about joining the Peace Corps. It said it was ‘the hardest job you’ll ever love.’ This is what parenting is, as far as I’m concerned. This is parenting. That is the friggin’ Peace Corps. Because you don’t love doing this—this is the thing you love the most in your life, it’s the best thing you ever do.”

Born on March 12, 1994, Hana Giraldo is Pat Benatar and Neil Giraldo’s youngest daughter. She is a singer, songwriter, and actress, per her Instagram Bio. I guess my upbringing was different from the way most kids grow up. I learned the business very young,” she told Loop. “I traveled a lot. It was a blessing, but it was normal for me. I didn’t know anything other than going to your mom’s shows every day or living on a tour bus.” Hana is also a social media influencer, with over 700,000 followers on Instagram.

“I was originally interested in fashion,” Hana told Loop, explaining she started out designing custom t-shirts. After connecting with some social media people, she starred in a video, “and it turned out I was actually very good at it.” While collaborating with Lele Pons, Hana grew her following from 0 to 500k followers practically overnight.

“I was blessed to have parents who always put my sister and me first,” she told About Insider. “They always taught us to be kind, humble, and strong. They made it clear that this was their work, not their life. We were their life. So, I grew up as my own person. This did not define me in any way.”

Born on February 16, 1985, Haley Giraldo is the eldest daughter of Pat Benatar and Neil Giraldo. Like her sister, Haley took a stab at reality television. She was part of E! ‘s 2005 Filthy Rich: Cattle Drive. The show featured Kourtney Kardashian, George Foreman III, Noah Blake (son of Robert Blake), and others and ran for eight episodes in the fall of 2005

“I want [Haley] to have a life, and I want her to figure it out,” Pat told Believer. “So, as her parent, I have to help her figure out where she wants to go and if she wants to take a year off and decide, that’s okay with me. … They’re my priority, they have to be, and they always will be. I have to do them first.”

Haley is best known for being a social media presence. She is also the wife of model and fitness instructor Matt Williams. The couple reportedly wed in 2017, and in April 2021, she wished him a happy birthday with a sweet message. “You are the greatest dad, husband, and best friend I could’ve ever asked for. Loving you is effortless. Thank you for loving me so hard. I love you, my sweet sexy husband, and am SO thankful you were born.”

Haley and Matt are the proud parents of two daughters: Lola Ford and Stevie James. All four posed together in a November 2021 Instagram post – “Thankful for this family we made” – and Haley had her daughters join her, Hana, and their mother for a beautiful Mother’s Day post in May. “Thank you to my girls for making me a mama. I love being yours… I’ve never felt this kind of love before, and I love you sooooooo much,” wrote Haley.