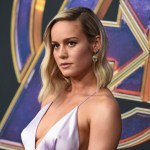 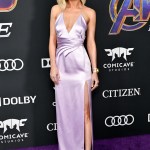 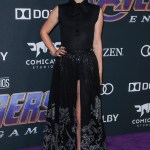 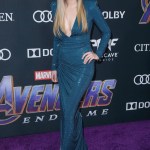 It’s National Superhero Day! We’re celebrating by taking a look at some of our favorite Marvel stars killin’ it on red carpets!

Happy National Superhero Day! The holiday, which takes place today, April 28, couldn’t have come at a better time since Avengers: Endgame premiered just two days ago. Clearly the Marvel Cinematic Universe is on our minds this weekend, so we decided to celebrate today by taking a look at some of the best red carpet moments from our favorite Marvel heroes (sorry DC stars!)

One of our favorite super women is Brie Larson. Even though she only entered the MCU in March when Captain Marvel hit theaters, she solidified herself as a red carpet queen real quick. She wore plenty of stellar looks while promoting the film, but she really brought her A-game when the attention shifted to Avengers.

The actress stole the show on the red carpet at the Los Angeles premiere in a satin lilac dress custom designed by Celine. She paired the look with silver metallic Christian Louboutin heels and a bracelet and five rings made to look like Thanos’ gauntlet.

But she wasn’t the only one to replicate Thanos’ powerful infinity stone glove; Scarlett Johansson wore a similar bracelet and rings set to the premiere with her jewel-encrusted Versace dress. Both these women looked ~super~ but they aren’t the only heroes who have saved red carpets from villainous fashion moments. Head up to the gallery above to see some of the most marvelous Marvel ladies slaying at film premieres!