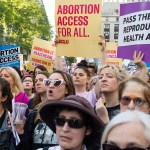 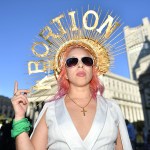 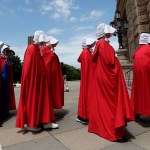 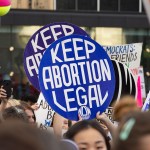 In another blow to American women’s rights to bodily autonomy, Missouri quietly began forcing doctors to perform medically unnecessary pelvic exams on women seeking abortions. Here’s what you should know.

Two weeks after Missouri’s Republican governor, Mike Parson, signed one of the strictest anti-abortion laws in the country, it’s been revealed that the state has quietly started forcing women to get unnecessary pelvic exams at the last remaining abortion clinic. Doctors at the Planned Parenthood clinic in St. Louis, the only medical center left in the entire state that provides abortions, have confirmed that they are now legally required to give women vaginal exams up to 72 hours before they get an abortion, despite the fact that there’s no medical reason to do so. Dr. Colleen McNicholas, a gynecologist who practices at Planned Parenthood of the St. Louis Region and Southwest Missouri, called the forced exams “inappropriate” and “”state-sanctioned, essentially, sexual assault,” on the June 6 episode of The Rachel Maddow Show.

The pelvic exam doesn’t reveal any medical information that a doctor would need to know before performing an abortion. Additionally, for women with a history of trauma, McNicholas said, it can “open old wounds.” She later said in a statement, “Missouri Governor Parson’s inspections process has become just another vehicle to intimidate doctors like me and to push abortion care out of reach for patients.” Missouri’s anti-abortion bill, dubbed the “Missouri Stands For The Unborn” act passed the Republican-led House on May 24, banning abortion after eight weeks, with no exceptions for rape or incest. Women whose lives are endangered may be able to procure an abortion, depending on the circumstances. Any doctor who performs a what will be illegal abortion could face significant jail time. However, the law will only go into effect should Roe v. Wade, the Supreme Court case which made abortion legal nationally in 1973, gets overturned.

Missourian doctors are livid and disheartened about the state dictating how they treat their patients. Dr. Amy Addante, an Ob-GYN in Missouri, tweeted on June 3, “Today I was forced by the state of Missouri to perform an unnecessary pelvic exam on a patient terminating her pregnancy for a fetal anomaly. She is heartbroken over the situation which forced her to do an invasive, uncomfortable exam. It broke me as a physician to do this to her.” Dr. David Eisenberg, who also works at Planned Parenthood in St. Louis, and is married to another gynecologist and abortion provider, Dr. Erin King, told The Los Angeles Times that he feels like he needs to have a sign on his head that says “I’m sorry.” Though he says he’s done “tens of thousands” of pelvic exams over the course of his career, doing an unwanted one shortly before an abortion feels like a  “violation.” “What I realized was I effectively have become an instrument of state abuse of power,” he said. “As a licensed physician, I am compelled by the state of Missouri to put my fingers in a woman’s vagina when it’s not medically necessary.”

Today I was forced by the state of Missouri to perform an unnecessary pelvic exam on a patient terminating her pregnancy for a fetal anomaly. She is heartbroken over her situation and I was forced to do an invasive, uncomfortable exam. It broke me as a physician to do this to her

Missouri was down to just four abortion-providing clinics, and one by one over the past decade, three closed, leaving just Planned Parenthood of the St. Louis Region and Southwest Missouri for women to rely on. And days after the governor signed the law banning abortion after eight weeks, state officials moved to close it, too. That would make Missouri the only state without a place for women to legally have an abortion since 1974, the year that the Supreme Court passed Roe v. Wade. Planned Parenthood filed a lawsuit seeking to prevent Missouri from closing the facility, and now it’s up to a court in St. Louis to determine its fate.