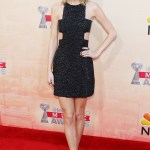 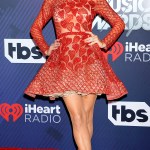 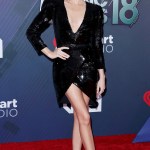 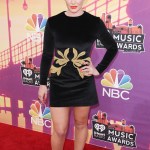 The iHeartRadio Music Awards are almost here so we’re taking a look back at some of the sexiest short looks celebs have worn to the show!

The 2019 iHeartRadio Music Awards kick off at 8 p.m. ET on Thursday, March 14, meaning plenty of your favorite musicians will be gracing the red carpet and winning awards before you know it. Since spring is just around the corner, it’s entirely possible that plenty of stars will show up in shorter looks. The awards show has definitely seen some sexy mini dresses in the past, so before the famous fashionistas wow us with their wardrobes, we’ve decided to take a look back at some other ensembles worn throughout the years.

Taylor Swift is confirmed to attend the 2019 awards show – and she just so happens to be one of the celebs who wore one of the best mini dresses the event has ever seen. When she showed up to the show in 2015, the “Delicate” hitmaker turned heads in a black sequin mini dress by Kaufman-Franco. The glittery frock, which featured cut outs on the sides of Taylor’s abs, was paired nicely with strappy black heels.

Another trendsetting blonde stole the 2018 show. Paris Hilton looked gorgeous on the carpet at last year’s event in a red, heart-patterned Charbel Zoe mini dress. She kept the look monochromatic by pairing it with red peep toe heels. It was certainly a look that had us thinking, “that’s hot.” Head up to the gallery above to see even more of the best mini dresses worn at the iHeartRadio Music Awards over the years! The iHeartRadio Music Awards air Thursday, March 14 at 8 p.m. ET on FOX.