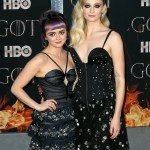 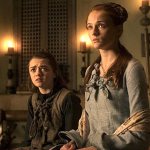 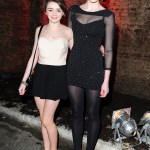 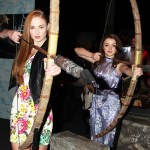 Sophie Turner and Maisie Williams don’t just play sisters on ‘Game of Thrones,’ they’re practically sisters in real life. These BFFs have grown up together on the show and their friendship is the cutest.

The power of Mophie is real! Maisie Williams, 22, and Sophie Turner, 23, have been best friends for over a decade. Their friendship is the very definition of #FriendshipGoals. They met when they were cast as Arya and Sansa Stark on Game of Thrones back in 2009 when they were just 12 and 13 years old. They’ve been best friends ever since. They’ve grown up together and have shared so many incredible memories.

Maisie and Sophie filmed the first season of the show together, but their storylines went their separate ways in the 2011 season 1 finale. Their friendship stayed intact during the years that they weren’t filming together. Their characters did reunite in season 7. After fighting for their lives for years, Arya returned to Winterfell to reunite with Sansa and the rest of her remaining family.

While Sansa and Arya didn’t get along at first, Sophie and Maisie’s connection was instant. They’re so close that Maisie will be one of the maids of honor in Sophie’s upcoming wedding to Joe Jonas. Sophie and Joe got married in a surprise Las Vegas ceremony after the Billboard Music Awards on May 1 but will still have a big wedding in the summer of 2019.

They also got matching tattoos in celebration of their friendship. “We always said that we wanted them so we got the date 07.08.09 on our arms because that’s the date that both of us found out we’d got our roles in Game Of Thrones,” Sophie told Elle UK in 2017. Game of Thrones may be coming to an end, but Sophie and Maisie’s friendship never will. The show’s eighth and final season currently airs Sundays at 9 p.m. on HBO.