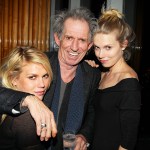 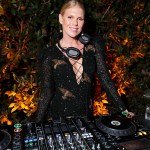 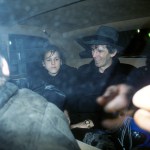 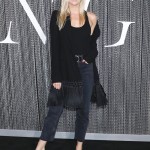 A rolling stone gathers no moss, but it certainly picks up a few kids along the way. Get to know every one of Keith Richards’ six kids, including his two model daughters, Tara and Alexandra.

“I don’t care how cool and hip and whatever you think you are. You get down the line, baby, what counts is family,” Keith Richards told GQ in 2015. “This is what I did it for.” With incredible licks on songs like “Satisfaction,” “Beast of Burden,” and “Happy,” the Rolling Stones guitarist has etched his legacy in the rock and roll history books. However, for Keith, his true mark on the world will be the children he leaves behind. Married twice – first to Anita Pallenberg and then to Patti Hansen – Keith has fathered five children in his lifetime. Here’s the scoop on Keith Richard’s kids for those unfamiliar with the family behind the rock icon.

Born August 10, 1969, Marlon Richards is the eldest of Keith’s kids. The firstborn child of Keith and Anita Pallenberg, Marlon didn’t have the most conventional upbringing. “We were on the road a lot, traveling on tour, and I took my son everywhere. I did not send Marlon to school until he was eight years old,” Anita told Alain Elkann Interviews in 2017. “I taught him how to read and write while Keith’s mother looked after my daughter.”

Anita and Keith were married from 1967 to 1969 but remained cordial afterward. She ultimately broke it off with Keith due to their family’s needs. “Because of the growing of the children,” Anita told Alain Elkann. “My son also used to say to his father, ‘Dad, you are never there.'” Keith backed this claim up in 2015, telling GQ that his son had a rough upbringing. “Of course, it was hard on him, growing up like Gypsies, outlaws, nomads. No education. On the road,” he said. 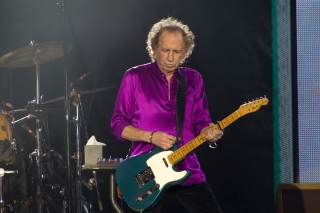 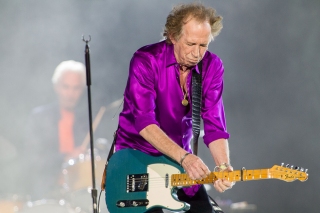 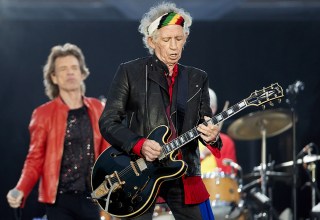 In 2010, the Daily Mail reported that Marlon lived in a farmhouse and worked as a gallery curator, graphic artist, and photographer.” Keith told GQ that his son has three kids of his own, and he’s excited whenever they visit.

Born on April 17, 1972, as Dandelion Angela Richards, Keith’s second child lived with her grandmother, Richards’ mother, Doris. When Doris passed away in 2007, Angela moved to a large estate owned by her father, according to Heavy. She reportedly runs a horse riding school and has done her best to live a life out of the spotlight.

Angela was formerly married to Dominic Jennings. The couple wed in 1998 and were together for 15 years. Mr. Jennings died in January 2021 after he was struck by a train, according to The Daily Mail.

Keith and Anita had a third child, a son named Tara Richards, who was born in March 1976. Sadly, the child died from sudden infant death syndrome at two months old. Keith was busy touring with the band the day Tara died and came under fire for performing the night that he learned of Tara’s death.

“It was such a shock at the time, especially,” he said during BBC Radio 4’s Desert Island Discs in 2015. “I’m getting a phone call in Paris, and this happened in Geneva, and I thought, I’m going to go mad… unless I do this show tonight. If I just sit here with this idea, I don’t know what I’ll do. Maybe it was just a sense of self-preservation… it was a rough, rough thing. I had a feeling this is a show, and I must go on stage. I’ll worry and grieve and think about this all after the show. Because if I didn’t go on the stage, I’d have probably shot myself.

After Keith and Anita called it quits in 1979, he found love again with Patti Hansen, an American model, and actress. The two wed on December 18, 1983, and two years later, they welcomed their first child together. Theodora Dupree Richards was born on March 18, 1985.

“I really am super blessed. My parents, they stayed together, and I love their love,” Theodora told Interview magazine while sharing some of her family photos with the publication. “And I can see my dad just, he’s smelling me, he’s taking me in, I love this photograph so much. I must be around two. We must be watching television or Dumbo [1999] because that’s what dad said he had to watch over and over and over again. That was my movie as a baby. I lived for that baby elephant.”

In addition to doing some modeling – she famously appeared alongside Elizabeth Jagger for a Tommy Hilfiger campaign – Theodora broadcasted a monthly show on SiriusXM called Off The Cuff.

Alexandra Nicole Richards was born on July 28, 1986. She is the youngest child of Keith Richards and his second child with Patti Hansen.

“I’ve always been, like, the shyest person,” Alexandra told the New York Post in 2019. “My mom was still modeling well into her 30s and 40s, so when my sister and I were little, we’d just jump in shoots. It always felt normal to be running around in the background, playing dress-up, and having fun. It was so glamorous. But I was never in the spotlight. My mom always wanted me to be in the school plays. My sister always got the leading role, and I was always in the background as a tree or a snowflake.”

Alexandra followed her mother into the family business. She got her first modeling job at age 14: a shoot with Theodora for Tommy Hilfiger. Alexandra began doing runway work two years later. At age 21, she put her modeling career on pause and began focusing on DJing.

Keith was first shocked that his daughter wanted to get into music. “He supports me in pretty much anything I do,” Alexandra told FHM (per Fox News) in 2017. “If I wanted to be a doctor tomorrow, he’d be like, ‘Good luck!’ [But] with DJing, I think for him, it was a little bit of a shock. Him being a musician, and going to events where live musicians played, and then now seeing me as a DJ … he had a harder time understanding what the new DJ is. But I dunno, I’ve been working on him, and he’s kind of opening his mind.”

While her DJing career was taking off, Alexandra focused on charity work, which includes working with the nonprofit Sphere, which aims to enrich the lives of adults with disabilities, and Project 0, an organization aiming to protect the world’s oceans. “Charities are my passion — they really mean something at the end of the day to me,” she told the Post.