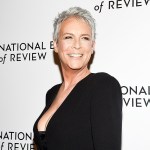 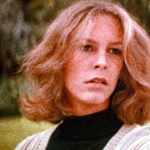 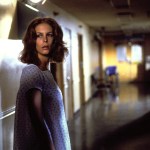 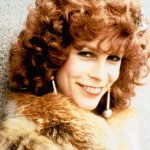 Jamie Lee Curtis is one of the most legendary scream queens. Her breakout role in ‘Halloween’ in 1978 made her a superstar. In honor of the movie’s 42nd anniversary, take a look at Jamie’s career through the years.

The release of Halloween on Oct. 25, 1978, changed Jamie Lee Curtis’ life forever. The movie became an instant horror classic. Jamie followed in the footsteps of mom Janet Leigh, who starred in the 1960 hit Psycho, and became a scream queen at just 20 years old playing Laurie Strode.

The success of Halloween spawned a sequel in 1981. Jamie reprised her role as final girl Laurie in the film. After Halloween II, Jamie left behind the role of Laurie Strode for almost two decades. She starred in the cult comedy Trading Places in 1983 and won a BAFTA for Best Supporting Actress for her performance. A few years later, she received critical acclaim for her performance in the 1988 film A Fish Called Wanda.

Jamie won a Golden Globe for Best Performance by an Actress in a Motion Picture – Comedy or Musical for playing the fierce Helen Tasker alongside Arnold Schwarzenegger, 73, in the 1994 film True Lies. The little black dress she rocked in the movie has become one of the most iconic movie looks.

One of Jamie’s most memorable roles has been playing Tess Coleman in the 2003 hit Freaky Friday. She starred alongside Lindsay Lohan, 34. Jamie had so much fun switching roles with Lindsay. The actress notably returned to the role of Laurie Strode in Halloween H20: 20 Years Later in 1998 and Halloween: Resurrection in 2002.

For most of Jamie’s career, she’s stuck mostly to the big screen, but she starred in the first season of Scream Queens in 2015. She was a scene-stealer playing Cathy Munsch and earned her seventh Golden Globe nomination for the role.

In a move that delighted horror fans everywhere, Jamie revived the role of Laurie Strode in the 2018 film Halloween. The movie is a direct sequel of the 1978 classic, erasing the original sequels from the plot. The 2018 movie was an instant hit, and now there are two more sequels on the way: Halloween Kills and Halloween Ends. Jamie is bringing her career full circle, and we love her for it. Laurie Strode forever!