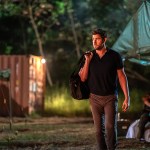 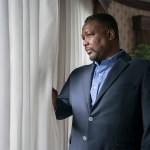 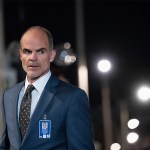 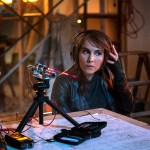 ‘Jack Ryan’ has been greenlit for season 3. The highly-anticipated third season is currently in the works, and HollywoodLife has all the latest updates about filming, a release date, and more.

The wait for Jack Ryan season 3 is going to be a long one, but it will be worth it. It’s been nearly 2 years already since Jack Ryan’s riveting second season premiered. Season 3 is underway and will be coming to Amazon Prime Video when it’s ready.

The world of Jack Ryan is massive and beloved amongst fans, with plenty of storylines for seasons and seasons of the show. The cast and creative team behind Jack Ryan are being very tight-lipped about season 3 to prevent plot points from leaking. Amid the wait for the third season, HollywoodLife has rounded up all the key updates about Jack Ryan season 3.

The majority of Jack Ryan season 2 took place in Venezuela. Jack becomes set on revenge early on in the season after Senator Moreno is murdered at President Reyes’ orders. Jack went after Max Shenkel, the man who killed Senator Moreno, but Max was killed by Harriett Baumann, played by new cast member Noomi Rapace.

Jack was already suspicious that President Reyes was ultimately behind Moreno’s assassination. Things took a turn when Reyes took James Greer as a hostage. Jack, along with Mike November, led a strike team into the Presidential palace to rescue Greer. Jack’s quest for revenge took him to dark places, and he ended up killing Reyes’ bodyguards and putting a gun to Reyes’ head.

November was able to stop Jack before he killed Reyes in cold blood. Reyes was eventually killed in the midst of a riot after the Venezuelan people stormed the palace because Reyes rigged the presidential election. Gloria Bonalde was elected as the new President and reunited with her husband, who was being held at one of Reyes’ prison camps.

Greer’s heart condition didn’t get any better while he was held hostage and tortured. At the end of season 2, Greer admitted to Jack that his career in the field was likely over. Jack went to Washington D.C. and met up with Senator Mitchell Chapin. Jack told Chapin that the shell company used to catch Reyes also used a mining company as a front to bring in drilling equipment for the illegal mining of tantalum. Reyes owned half of the shell company, while the other half was owned by a company in Philadelphia.

While Jack admitted that he hit a roadblock with the company in Philadelphia, he didn’t stop in his pursuit of the truth. He came across a phone number during his investigation and discovered that Chapin owned the other half of the shell company. Chapin tried to explain his side of things, even saying what he did was for the good of the country. Chapin said he didn’t kill anyone, but Jack said there was still blood on his hands. He even tried to make a deal with Jack and help Jack with his political career, but Jack rejected his pleas. The season ended with Jack walking away from Chapin as the FBI surrounded Chapin.

The first season of Jack Ryan debuted in 2018, and the second season of Jack Ryan premiered on October 31, 2019. The Amazon Prime Video series was renewed for a third season before season 2 even premiered. Amazon Studios head Jennifer Salke announced the season 3 renewal at the 2019 Television Critics Association winter press tour. According to Deadline, she “saw no reason not to do” more episodes after the success of season 1 and the writing on season 2.

As of August 2021, Tom Clancy’s Jack Ryan does not have an official season 3 release date. Given that Jack Ryan is still in the midst of production on season 3, the show likely will not return until 2022.

The first two seasons were filmed all over the globe, including Morocco, Paris, Moscow, New York, and London. Due to the COVID-19 pandemic, season 3 has likely encountered difficulties with its production. In May 2021, the show was expected to start filming season 3 scenes in Prague, according to Prague Reporter.

Deadline has a brief synopsis of season 3: “Jack Ryan is on the run and in a race against time. Jack is wrongly implicated in a larger conspiracy and suddenly finds himself a fugitive out in the cold. Now, wanted by both the CIA and an international rogue faction that he has uncovered, Jack is forced underground, crisscrossing Europe, trying to stay alive and prevent a massive global conflict.”

John Krasinski will be back for season 3 as Jack Ryan, along with Wendell Pierce as Jim Greer and Michael Kelly as Mike November. Get Out star Betty Gabriel has joined the show as a season 3 series regular, Deadline reported. Betty will play Elizabeth Wright, the Chief of Station. Marianne Jean-Baptiste was originally cast in the role, but she exited Jack Ryan over “creative differences.” The scenes Marianne had already filmed are being reshot with Betty.

In addition to Betty, there are a number of other new cast members joining season 3. James Cosmo, Peter Guinness, Nina Hoss, and Alexej Manvelov will all be series regulars in the upcoming third season. They will play Luca, Petr, Alena, and Alexev, respectively.

Abbie Cornish played Dr. Cathy Mueller, Jack’s love interest, in the first season. She did not return for season 2, and her character was never mentioned. In Tom Clancy’s novels, Jack and Cathy end up getting married, so her total absence in season 2 was strange to fans. As of now, Abbie is not expected to return for season 3.

In April 2021, Amazon Prime Video released another film from within the Clancy universe: Without Remorse. Michael B. Jordan starred as John Kelly in the film, which is John Clark’s origin story. John Clark is a popular character from the Jack Ryan universe. He is featured in a number of Clancy’s novels.

Famed showrunner Carlton Cuse will not be returning as the showrunner of season 3. He will still be an executive producer, along with Krasinski, Graham Roland, Andrew Form, Brad Fuller, Michael Bay, Allyson Seeger, and more. Prison Break creator Paul Scheuring was originally set to take over showrunner duties from Carlton, but he exited the role in January 2020. Vaun Wilmott has replaced Scheuring as the season 3 showrunner.

When it comes to how long Jack Ryan will last, Carlton is confident the Amazon series will be a long-running one. “I think the franchise has enormous legs,” he told IndieWire in 2018. “There will be a lot of other chapters to Jack Ryan. I think that it’s hard to get too far in front of Jack Ryan because I think the essence of the show is to tell these geopolitical thrillers of the moment. It’s not super productive, I think, to be too anticipatory. I think we were nervous as it was. We were writing this terrorist story three and a half years ago, and the world has changed substantially since then. So it’s good to wait until that season is imminent before figuring out what the best story is.”

In May 2020, Wendell Pierce opened up about exploring Greer’s heart condition in the second season, which could have consequences down the road. “That gave me a great personal conflict to play throughout the season and that is something that all actors always look for in the scripts and it’s multilayered,” Wendell told GoldDerby.