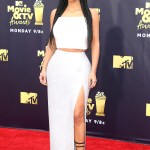 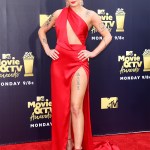 The 2021 MTV Movie & TV Awards is poised to be so good that it’s taking place over the course of two nights — it’s an event you don’t want to miss.

For the first time ever, the MTV Movie & TV Awards will take place over the course of two nights, which means we have even more information to unpack for you ahead of the 2021 event. Not only are we sharing who’s hosting, but here, you’ll find out how to watch the show, who’s performing and more!

Saturday Night Live alum Leslie Jones is hosting the main event live from the Palladium in Los Angeles on Sunday, May 16 at 9 p.m. ET, and that event will be devoted to the show’s usual movie and TV categories. Then, on Monday, May 17 at 9 p.m. ET, comedian Nikki Glaser will host MTV Movie & TV Awards: Unscripted, which will honor fan favorites in reality TV.

How am I feeling about fact that we’re only 3 days away from the 2021 #MTVAwards? I’ll let 2018 @danjlevy take this one 🥰: pic.twitter.com/gu4BomjlPc

MTV will air each two-hour event live (both Sunday and Monday nights). However, viewers can also stream the shows on MTV’s website, Paramount+ or other streaming services that provide live TV options like AT&T TV, Hulu + Live TV and YouTube TV.

For the 2021 ceremony, WandaVision is the frontrunner in the TV categories with five nominations, while Borat Subsequent Moviefilm is the most nominated movie with three nominations.

WARNING: This video of #MTVAwards host @Lesdoggg WILL make you burst into song at any given moment.

From #SNL to #TheGoldenGirls theme song, sing along to the soundtracks of her life — and don’t miss the 2021 @MTVAwards, this Sunday at 9p on MTV! ✨ pic.twitter.com/Rt4cfUsbBF

Furthermore, Scarlett Johansson will be the recipient of this year’s Generation Award, while Sacha Baron Cohen will receive the Comedic Genius Award. MTV also announced that notorious rapper DJ SNOOPADELIC and Bling Empire’s Kim Lee will take the stage to DJ for the 2021 MTV Movie & TV Awards.