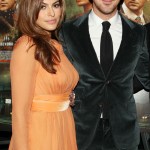 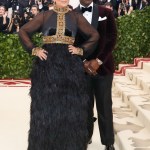 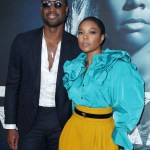 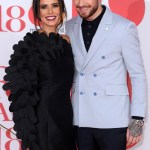 It’s 2019 — why are men and women so afraid to date younger? Heidi Klum and Kourtney Kardashian are 2 celebs who aren’t afraid to find love in younger generations, and they shouldn’t be! Here’s your guide to dating younger!

It’s hard to explain when, how or why the stigma around dating younger became so frowned upon (to some). But, times are different and things have certainly change, and so has the dating game. Look at Heidi Klum, 45, who is now engaged to a man 16 years her junior, Tom Kaulitz, 29. The model recently opened up to People about how “age seems to be shoved in my face,” whenever her dating life is a topic in the news. But why? We’re here to inform you that dating younger is OK. In fact, it’s actually a norm these days. Don’t believe us? — Well then, we’ll lend the floor to Brian Jory, PhD, author of Cupid on Trial, who spoke to HollywoodLife EXCLUSIVELY about the mean behind dating younger and more. (Don’t miss Jory’s 6 pro tips at the bottom!)

Here’s a little background on Jory, who is about to (hopefully) shift the your approach to dating, and broaden your age range when looking for love. Jory has dedicated his career to counseling couples, researching relationships, and teaching about intimacy. He currently serves as a Professor and the Director of Family Studies at Berry College, and is affiliated with the American Psychological Association.

“Dating someone who is younger than you is totally realistic whether you’re a woman dating a younger man or the other way around,” Jory says, adding that age is more than a number. Why? — “There is biological age, psychological age, social age,” Jory explains, meaning sometimes, younger individuals can have older tendencies and mentalities. They can act older, because they have the mental state of an older person, along with similarities to older generations because that’s just who they are. “What we call age-dissimilar relationships have been on the increase for at least two decades mostly due to advances in medicine and health that make aging less of a factor,” he explains.

“Women are no longer financially dependent on men to provide and protect, and women are also sexually charged long after childbearing years. In fact, many women find that their sexuality blossoms once they pass the birthing stage. So why not go for a younger man?”

Here are common questions we researched concerning those who do go for younger men/women. We asked Jory, and he answered, for YOU! Take a look:

How can couples help prevent age-issues when they first get involved? Should they address it?

“I don’t think healthy couples should address age when they first begin dating. I know this is a controversial stance, but in my professional experience, most couples who are in relationships with younger people don’t talk about it. It’s why they do it; they don’t really care about age. There are more important things to talk about than age.”

What are the pros and cons of dating someone much younger?

“The pros and cons of dating someone younger come at the extremes of life. For example, if you’re 30, you can’t date someone who is sixteen, (it’s against the law, clearly). Add four years — 34 and 20 — what’s the problem? Two adults can fall in love with whoever they fall in love with and who is to question it?”

“Here’s the big issue: If you limit yourself to a relationship with someone who is in your age group, you just eliminated maybe half of the amazing people out there that you could be in a relationship with. Why put limits on yourself like that? You’re only hurting yourself.”

Why is it frowned upon by some and awarded by others for dating younger?

“Study relationships and you learn that the average woman dates (and marries) a man roughly two years older than herself. Then ask yourself why? Some people look at the way things are and think they have to be that way — even when there is no real reason for it. So they frown and criticize. Open-minded people look at the world and say why not? It’s the difference between an open, accepting attitude and a closed mind.”

Are there any presumed things that are likely to be more true when dating young? (maturity, etc.)

“There are 20-year-olds with the mind, health, and habits of a 45 year old. There are 45 year old’s with the maturity of a 16-year- old. It’s the person, not the age. I wouldn’t presume anything in 2019: There are some amazing Nobel Prize winners who are twenty; and some 45-year-olds who have wasted their lives.”

How should couples attempt to solve certain issues that can come up when dating younger? (issues like wanting kids, marriage, being at different stages in life, etc.)

“They should do this the same way all couples do: Talk about it. Listen. Make choices. Think outside the box. If you have differences, most likely they are individual differences, not age-driven. As a professional, I believe that relationships with people younger than ourselves (and likewise, older than ourselves) will continue to increase. It is a freedom that we enjoy — to love who we choose at any age.”