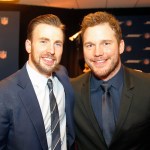 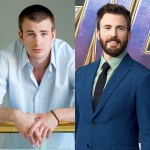 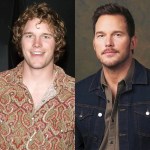 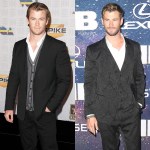 Look back at Chris Hemsworth, Chris Evans, and more ‘Chrises’ from the early days of their career to now.

One of the hottest debates in Hollywood has been raging for years, and it’s between the world’s most famous ‘Chrises.’ Whether you’re a die-hard Thor fan and love the hunky Australian actor Chris Hemsworth, or have been obsessed with Chris Pine since The Princess Diaries 2, there’s plenty of Chrises to go around. The debate was reignited when Avengers star Chris Pratt came under fire for his membership in a controversial church, resulting in many Twitter users labeling him the “worst” Chris in Hollywood. Keep reading for a look at all of the famous actors named Chris, at the beginning of their careers, and today!

Chris Evans, aka Captain America, is a fixture in the Marvel Cinematic Universe. The actor, who has established himself as one of the highest-paid leading men in Hollywood, got his start on the TV show Opposite Sex in 2000 and appeared in films like Not Another Teen Movie. He soon entered the MCU, portraying the character Human Torch in the 2005 flick Fantastic Four and its 2007 sequel.

He became known for his work in films adapted from comic books and graphic novels, going on to star in TMNT, Scott Pilgrim vs. the World, and Snowpiercer. Of course, his major break came in 2011 when he landed the role of Captain America and went on to star in several MCU films.

OG fans of Chris Pratt know him from his portrayal of Andy Dwyer in the sitcom Parks and Recreation from 2009 to 2015. He proved very early in his career that he could do more than just comedy, appearing in films like Jennifer’s Body, Moneyball, The Five-Year Engagement, Zero Dark Thirty, and Her.

He graduated to ‘leading man’ status in 2014 when he landed the role of Star-Lord in Guardians of the Galaxy. He reprised his role in the Marvel Cinematic Universe in films like Guardians of the Galaxy Vol. 2, Avengers: Infinity War, and Avengers: Endgame. Most recently, Chris was labeled the “worst” Chris in Hollywood as fans speculated about his religious and political affiliations.

Aussie heartthrob Chris Hemsworth has barely aged a day since the world was first introduced to him. He rose to fame Down Under when he starred in the long-running soap series Home and Away from 2004 to 2007. Just a few years later, he landed a role that would change his life: Thor.

Chris has now starred in eight Marvel movies, portraying the God of Thunder and expertly wielding his hammer. The hunk has also appeared in other films, including Star Trek, Snow White and the Huntsman, Men in Black: International, Ghostbusters, and Rush.

The Hollywood Chrises love their superhero movies! Chris Pine starred in 2017’s Wonder Woman with leading woman Gal Gadot. However, his career dates way back to the early 2000s, when he made his debut in The Princess Diaries 2: Royal Engagement. He quickly became known for playing James T. Kirk in the rebooted Star Trek film series which ran from 2009 to 2016.

Chris also has a string of impressive film credits under his belt, having portrayed Cinderella’s Prince in Into the Woods, Jack Ryan in Jack Ryan: Shadow Recruit, Steve Trevor in Wonder Woman, and Dr. Alexander Murry in A Wrinkle in Time, among others.

Funnyman Chris Rock has been a staple in the world of comedy for decades. He rose to fame in the early 1990s when he was cast on Saturday Night Live and graduated to the big screen alongside pals like Adam Sandler and Ben Stiller in movies like The Longest Yard, Madagascar, Grown Ups, and Top Five.

Along with various stand-up comedy specials, Chris also developed, wrote, and narrated the sitcom Everybody Hates Chris, which was based on his early life and ran from 2005 to 2009. One of the most revered names in comedy, he has hosted the Academy Awards twice, won four Emmy Awards, three Grammy Awards, and has consistently been ranked among the top 10 stand-up comedians of all time.

Coldplay frontman Chris Martin burst onto the scene in the early 2000s as a baby-faced musician. The multi-hyphenate talent is a singer, songwriter, and producer who co-founded the iconic British band with Jonny Buckland, Guy Berryman, and Will Champion in 1996.

The group earned their first Grammy nod in the year 2000 for their song “Yellow,” which was followed by subsequent hits such as “Viva la Vida,” “Paradise,” and “The Scientist.” The group has sold more than 100 million records worldwide throughout the course of their career, making them one of Britain’s most successful exports and one of the world’s best-selling music groups.

Actor Chris Klein rounds out the Hollywood Chrises, and he’s changed a lot since we were first introduced to him at the turn of the century. The heartthrob rose to prominence in the American Pie comedy flicks. However, he proved he can do more than make people laugh when he took on subsequent roles like Paul Metzler in Election, the serial killer Cicada on the TV show The Flash, and as Bill Townsend in the Netflix series Sweet Magnolias.