Hello, we’re listening! Kelsey Grammer is returning to his iconic character of Dr. Frasier Crane in a revival of Frasier. Initially a Cheers spinoff, it saw Kelsey’s character relocate to Seattle where his father Martin (John Mahoney) moved in to his son’s soaring downtown penthouse. The show introduced Frasier’s equally persnickety brother Niles (David Hyde Pierce). He became an AM radio psychiatrist, which introduced his sassy producer Roz (Peri Gilpin), while Niles crushed on Frasier’s housekeeper/dad’s caretaker Daphne (Jane Leeves). The show ran on NBC from 1993-2004, and had the most Emmy wins of any prime time series with 37, until Game of Thrones broke the record in 2016 with 38. 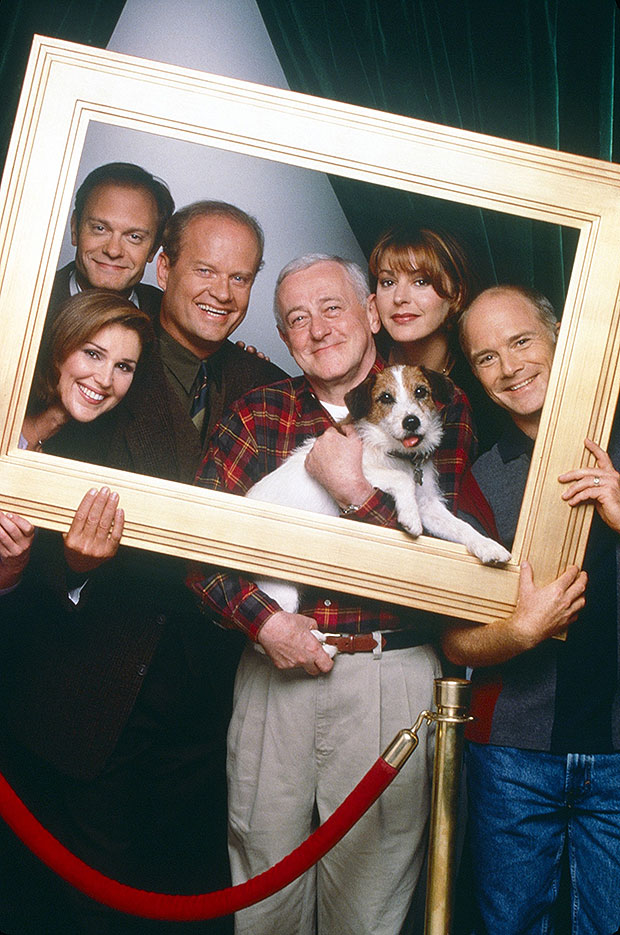 In addition to the revival, the original Frasier episodes will also be available via Paramount+, which was formerly CBS All Access. “Having spent over 20 years of my creative life on the Paramount lot, both producing shows and performing in several, I’d like to congratulate Paramount+ on its entry into the streaming world,” Grammer, 66, said at ViacomCBS’ launch of the streaming service, per Deadline on Feb. 24. He added, “I gleefully anticipate sharing the next chapter in the continuing journey of Dr. Frasier Crane.” It’s unclear if any other of the lead cast members are returning, so let’s take a look at the five key leads from the heyday of the show through today. 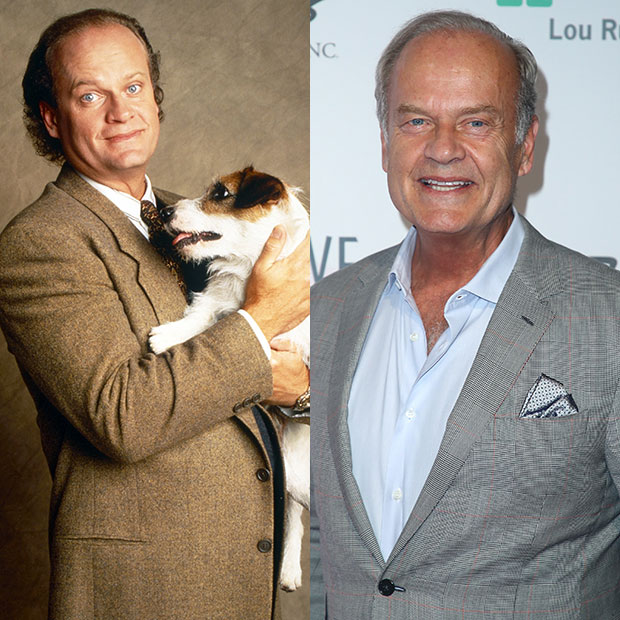 Kelsey is now on track to break the record for the number of years for an actor playing a single character on prime time TV. He was introduced on NBC’s Cheers in 1984, and given his own spinoff when the show left the air in 1993. He’s played Frasier for 20 years. By reviving Fraiser Crane, he’ll surpass James Arness‘ 20 year run as Marshall Matt Dillon on the wester Gunsmoke.

Since Frasier wrapped, Kelsey has remained a familiar TV face…and voice, as he gave life to The Simpsons Sideshow Bob from 1990-2019. He’s starred in the series The Last Tycoon, Hank, Proven Innocent and You’re Not a Monster. He’s currently working on a TV comedy with Alec Baldwin from Modern Family co-creator/executive producer Chris Lloyd, which per Deadline means that he won’t be slipping back into Frasier’s sweater vests and ties until 2022.

Related: ‘Avatar 2’: The New Trailer, The Cast & Everything Else We Know About The Epic Sequel 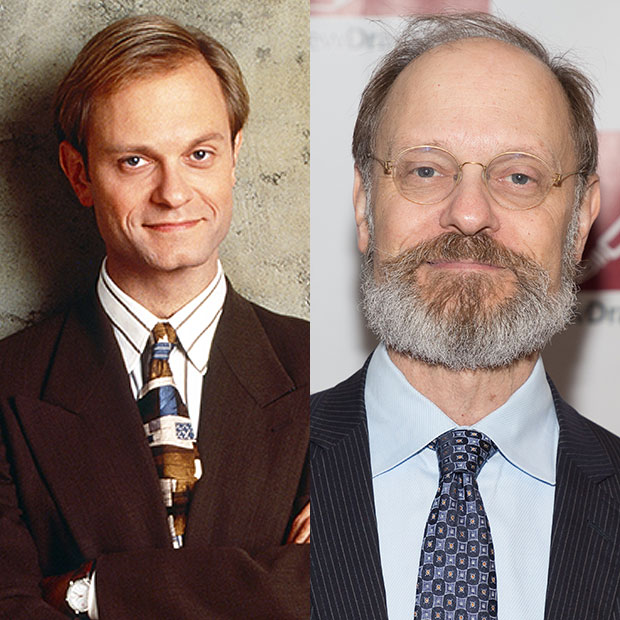 David as seen in the mid 90s on Frasier on left. On right, he’s seen attending the New Dramatists 70th Annual Spring Luncheon in New York on May 14, 2019. Photo credit: Everett Collection

David, 61, won four Best Supporting Actor Emmy Awards for his portrayal of Fraiser’s younger brother and fellow psychiatrist Dr. Niles Crane. His fussy mannerisms and quick, intelligent wit mirrored Kelsey’s character so accurately, they made for such believable siblings. David has been approached to returning to reprise his role in the revival, according to Deadline.

Since the show wrapped, David has stuck to guest roles on TV. He appeared on CBS’ The Good Wife in 2014-15 playing Frank Prady, who was running for Illinois State Attorney against Juliana Marguiles‘ Alicia Florrick. He also appeared in the 2017 TV miniseries When We Rise. David has also devoted his talents to Broadway, appearing in a 2017 revival of Hello Dolly! and the 2013 play Vanya and Sonia and Masha and Spike. 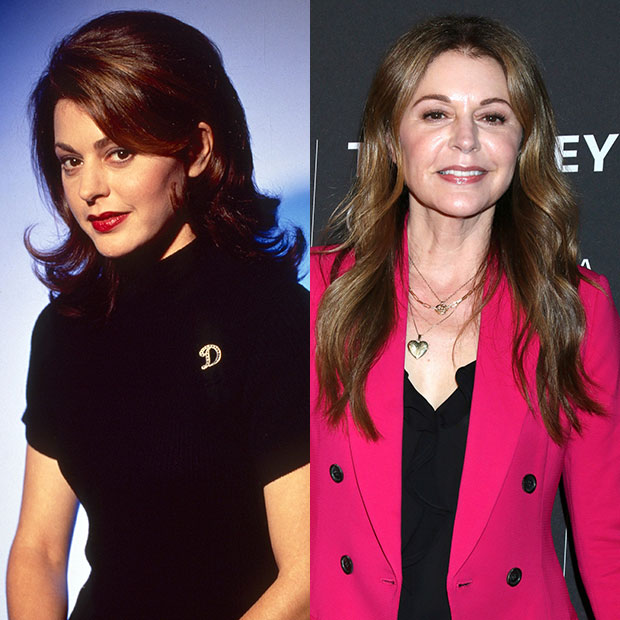 Jane Leeves with a very mid 90s look while appearing as Daphne on Frasier, versus the British beauty attending The Paley Honors: A Special Tribute to Television’s Comedy Legends in Beverly Hills on November 21, 2019. Photo credit: Everett Collection.

Jane Leeves’s Daphne Moon ended up Mrs. Niles Crane by the end of the series, after Frasier’s brother got divorced and was finally able to act on his longtime crush. Jane is currently starring on Fox’s medical drama The Resident as Dr. Kit Voss, Head of Orthopedic Surgery at Chastain Park Memorial Hospital. She originatied the role on the show in 2018.

Jane, 59, scored a hit after her run on Frasier playing Joy Scroggs on TV Land’s Hot in Cleveland, starring alongside Valerie Bertinelli, Wendy Malick and the legendary Betty White. She’s also lent her identifiable British voice to characters in the animated series Lego Star Wars: The Freemaker Adventures and Mickey and the Roadster Racers. 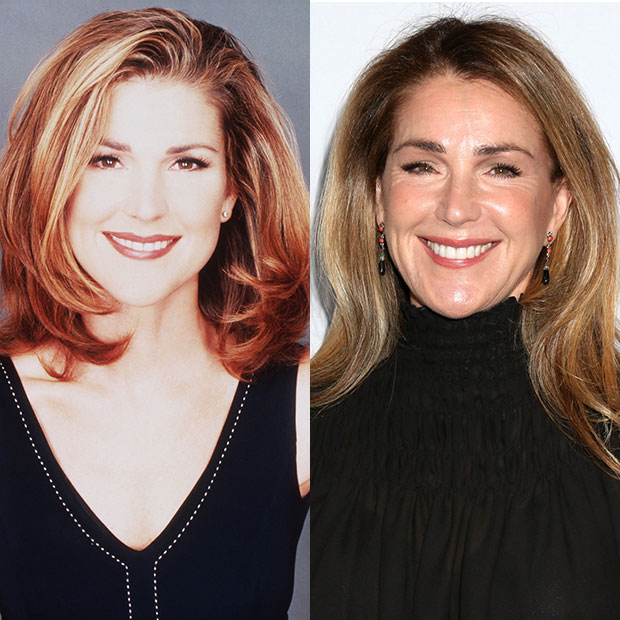 The years have been very kind to Peri Gilpin, who looks just as stunning today as she did in the mid 90s on Frasier. She’s seen on the right  attending the Scleroderma Research Foundation Cool Comedy Hot Cuisine Benefit Gala in Beverly Hills on April 25, 2019.  Photo credit: Everett Collection.

Peri Gilpin was Frasier’s work wife, as his long-suffering radio show producer Roz Doyle. In the years since the show wrapped, Peri has been a staple in TV movies, including Lifetime’s For The Love Of A Child and the Hallmark Channel’s Crossroads: A Story of Forgiveness. She made a guest appearance on Jane’s Hot In Cleveland in 2011, reuniting the two Frasier actresses. 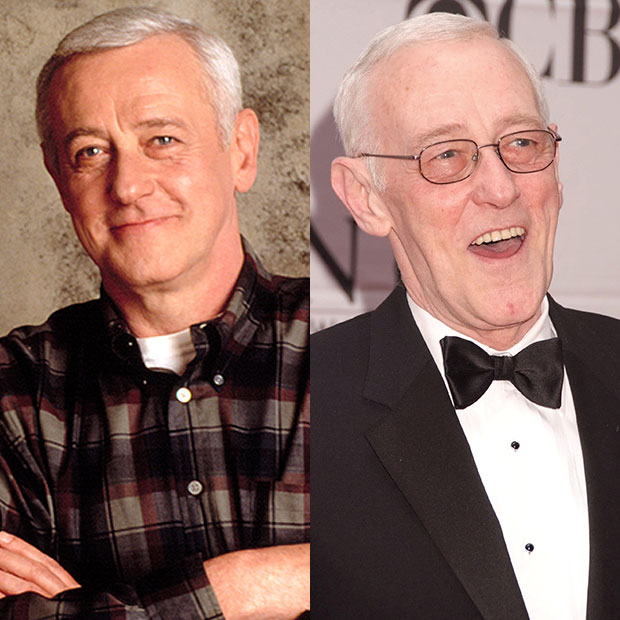 John in his usual plaid flannel shirts playing Fraiser’s dad on the NBC sitcom, with the actor arriving at the 2007 Tony Awards on the right. Photo credit: Everett Collection.

John Mahoney’s retired cop father to his sons Fraiser and Niles sadly won’t be part of the revival. The actor passed away in Chicago hospice on February 4, 2018 following complications from throat cancer. He was 77-years-old at the time of his death. In real life, he was only 15 years older than Kelsey, who played his son for 11 seasons.

After showing off his comedic chops for years on Frasier, John gave a dramatic turn when he starred as Walter Barnett in 2009 on the Emmy winning HBO series In Treatment. John reunited with Jane on Hot In Cleveland, as he made guest appearances in seasons two, three and five. He played the character of Roy, a waiter who hit on Betty White’s Elka and the two began dating. He returned for final appearances in the show’s last season where they briefly got back together after breaking up. It was his last TV gig, aside from a guest spot on the British drama Foyle’s War in 2015.