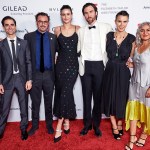 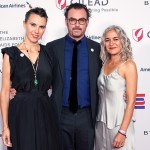 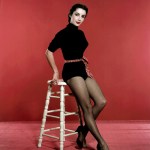 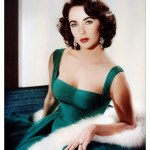 One of the most iconic women in Hollywood lives on through her family. Elizabeth Taylor is survived by ten grandchildren, so get to know each one.

Elizabeth Taylor is the definition of the word “icon.” The Academy Award-winning actress was a trailblazer (the first actress to be paid $1 million for 1963’s Cleopatra), a business mogul, and a superstar whose every move made headlines up until her death at age 79 in 2011. Elizabeth was also known as “grandmother.” The Cat on a Hot Tin Roof actress was married eight times to seven men throughout her life and had four children overall: Elizabeth and her second husband, Michael Wilding, welcomed sons Michael Jr. and Christopher in 1953 and 1955, respectively; she and third husband, Mike Todd, welcomed Liza Todd in 1957; and in 1961, Elizabeth and Richard Burton welcomed daughter, Maria Burton.

Liz Taylor’s children all grew up and started their own families, giving Liz a total of ten beautiful grandchildren (with four great-grandchildren.) For those wanting to know, here’s the scoop on the rare few that referred to the immortal Elizabeth Taylor as “grandmother.”

Laela Wilding was born in 1971. She is the daughter of Elizabeth’s first child, Michael Wilding Jr., and Johanna Lykke-Dahn. She works as a graphic designer and yoga instructor in Portland, Oregon. Laela remembers her grandmother as being very hands-on. “he liked cutting people’s hair,” Laela told A&U: America’s AIDS Magazine (h/t Nicki Swift). 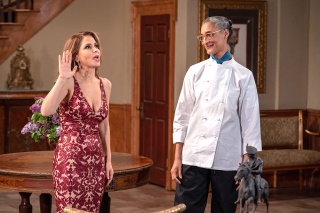 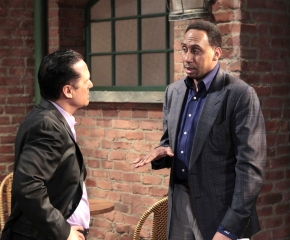 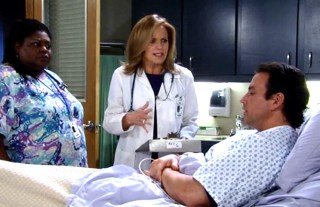 “We didn’t experience her as a movie star,” she told Town & Country in 2017. “She became impassioned about activism, and I can’t think of anything more inspiring than our grandmother’s compassion and determination for other people.” Laela serves as an ambassador for the Elizabeth Taylor AIDS Foundation. Taylor was one of the first to wear the red lapel ribbon, brandishing the ribbon at the 1992 Academy Awards. “She wore it proudly, and she wore it the rest of her life,” Laela told PEOPLE in 2017. “She took what became an important symbol and helped create a bigger movement around it because she had the ability to reach so many people.”

Born in 1976, Naomi deLuce Wilding is Elizabeth Taylor’s second grandchild and the sister to Laela Wilding. She runs the Wilding Cran Gallery in Los Angeles with her husband, Anthony Gran. She is also an ambassador for the Elizabeth Taylor AIDS Foundation.

She also remembered her grandmother’s commitment to activism. Naomi recalled how her grandmother was applauded during an appearance in London in 1992 at a tribute concert honoring Freddie Mercury. “For our grandmother, the importance of it, was to show the fight against AIDS was — and is — really about educating people and destigmatizing [the disease],” she told Town & Country. “It was especially important because anybody who wore the ribbon wore it with a great deal of pride and solidarity.”

“I remember sitting on the floor of her dressing room and just watching her get ready — just [watching] this sort of transformation unfold,” Naomi shared with Today. “Just because somebody is a superstar doesn’t also mean that they can’t be a loving, squishy, delicious grandma who was always welcoming us in.”

Caleb Wilding was born in 1983 and is the first of Elizabeth Taylor’s grandsons. His father is Christopher Wilding and Aileen Getty, the granddaughter of oil tycoon J. Paul Getty. Christopher and Aileen adopted him in 1983, and his brother was born a year later. Caleb has kept out of the spotlight, and not much is known about him. He is reportedly a fan of motorcycles, like his cousin, Tarquin Wilding.

Born in 1984, Andrew Wilding is Elizabeth Taylor’s second grandson (and the second child of Christopher Wilding and Aileen Getty.) Andrew has followed his grandmother into the filmmaking industry, though he chose to work behind the camera instead of in front. Though he does have two acting roles listed on his IMDB profile, he’s most known for his work as a cinematographer and producer.

“I often think about how lucky I am to have been born into a group of such wacky, caring, sensitive people,” Tarquin Wilding told Town & Country. Tarquin is the half-brother of Naomi and Laela Wilding (and the third child of Elizabeth’s son, Michael Wilding Jr.) Tarquin was born in 1989 to Michael Jr. and Brooke Palance, the daughter of Academy Award-winning actor Jack Palance.

“We admire my grandmother for her boundless generosity, and I believe that we all feel grateful to be able to honor and continue her legacy. Especially together,” said Tarquin, a filmmaker, and motorcycle enthusiast. Tarquin also tried his hand at acting, most notably appearing in a 2015 episode of Shameless. He also works as an ambassador for the Elizabeth Taylor AIDS Foundation. “My grandmother was a total badass!” he said. “I can’t help but be inspired by her unbreakable courage, and boundless generosity. I want to continue her legacy and be a part of the fight towards securing a better future for those living with HIV/ AIDS, and to one day see an AIDS-free generation!

Lowell Wilding is the son of Christopher Wilding and his second wife, Margaret Carlton. Born in 1991, Lowell works on compiling the Elizabeth Taylor Archive, a special project of the Elizabeth Taylor Trust. Lowell also works as an ambassador for the Elizabeth Taylor AIDS Foundation. “I was always in total awe of the good my grandmother was able to accomplish in her lifetime. She could so easily have done nothing, like so many others. Instead she fought, she cared, and she worked for people suffering with HIV/AIDS. I hope to do whatever I can to preserve and continue that legacy,” he said.

“I always just knew her as Grandma,” Quinn Tivey told Town & Country. “She was the woman I could lie in bed with to chat and watch movies.” Quinn – the son of Liza Todd and artist Happy Tivey, born in 1986  – works as an artist and co-trustee of the Elizabeth Taylor Trust.

“Hearing from people personally about how the work that she had done touched so many people, my cousin and I were both so moved,” he recalls. “I immediately thought, I need to get more involved. I want to dive into the deep end of this. Through that experience, we had the opportunity to see how crucial it was for her family to be participating in her legacy.”

“My grandmother wanted to go right for the jugular of the problem,” Rhys Tivey said in 2017. “She always wanted to do the hardest and most unlikely thing first.” Rhys, the second son of Happy Tivey and Liza Todd, earned a bachelor’s degree in jazz performance from New York University. He applied the knowledge in the New York City public school system by working with many after-school nonprofit organizations. He’s also a devoted vegan.

Maria Burton, the daughter of Elizabeth Taylor and Richard Burton, is the mother of Elizabeth Carson. Elizabeth has fond memories of her grandmother. “For my junior and senior prom, she did my hair and makeup,” she told Town & Country. “Once, while we were discussing makeup, I told her we should go to Sephora, which turned out to be a terrible idea. We had fun for the first 15 minutes, but then she was recognized, and we quickly had to be escorted out.”

Elizabeth Carson works as a social worker in New York and serves as an ambassador for the Elizabeth Taylor AIDS Foundation. “My grandmother used her fame to her advantage to gain public attention for a disease that people were not only fearful of but often in total denial about,” she said. “I work for the Department of Child Protection in New York City, and, I have to say, whenever I hear of a baby born from an HIV+ mother test negative because of advancements in medication and prevention, I am literally brought to tears. I often say a silent thanks to my grandmother because if not for her and other advocates with her shared passion, this may not have been the case today.”

Elizabeth Taylor’s last grandchild is Richard McKeown, the son of Maria Burton. Elizabeth and Richard adopted Maria (right as Elizabeth was wrapping up her fourth marriage to Eddie Fisher.) Maria and Tom McKeown. Not much is known about the youngest grandchild, but Wales Online reported in 2004 that Maria filed a restraining order against Richard’s father.