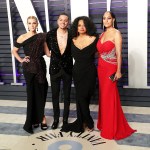 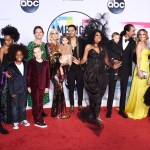 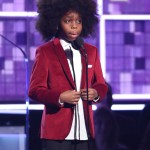 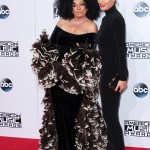 Diana Ross has been married twice and had five children between the marriages and one from a relationship with Berry Gordy. Many of her kids have gone on to have little ones of their own.

Diana Ross, 77, has had incredible longevity throughout her music career. The “Ain’t No Mountain High Enough” singer has had a dozen number one hits as a member of The Supremes, plus many more on her own as a solo singer. Throughout her career, she was nominated for 12 Grammy Awards, and received a lifetime achievement award in 2012. The singer has released 24 albums on her own, with her 25th Thank You set to drop on November 5.

Throughout her career, Diana was married twice. Prior to her first marriage, Diana had a relationship with Motown executive Berry Gordy, 91, whom she had her daughter Rhonda Ross, 50, with. Her first husband was Robert Ellis Silberstein, 75, whom she had her daughters Tracee Ellis Ross, 49, and Chudney Ross, 45. The two were married from 1971 to 1977. Her second husband was shipping magnate Arne Næss Jr., whom she was with from 1986 until 2000. The pair had two sons Ross Arne, 34, and Evan Olav, 33. Arne died in 2004 at age 66. Now that all of Diana’s kids are all grown-up, many of them have begun having children of their own. Find out more about all of Diana Ross’ grandchildren here.

Diana’s eldest grandson, is actually a step-grandson. Diana’s son Evan married singer Ashlee Simpson in 2014. Ashlee had her first son Bronx, 12, back in 2008 with her first husband, Fall Out Boy bassist Pete Wentz. In a 2018 Watch What Happens Live interview, Evan revealed that he’s close with Pete, and he offered props to the From Under The Cork Tree musician. “He’s such an amazing father,” he said. “He knows that I love his son very much.” 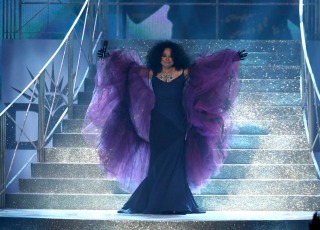 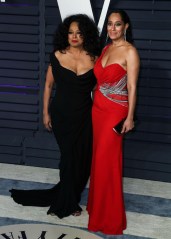 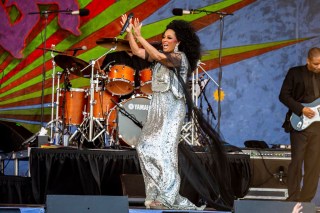 Diana’s oldest daughter Rhonda has been married to Jazz musician Rodney Kendrick, 61, since 1996, and she gave birth to their son Raif, 12, in 2009. Raif is incredibly worldly for his age, being fluent in French, Spanish and Mandarin, according to his mom’s website. He also stole the show at the 2019 Grammy Awards when he introduced his grandma with a sweet speech. “Young people like me can look up to her for her independence, confidence, and her willingness to be her unique-self,” he said about his grandma!

Diana’s third daughter Chudney has been married to Joshua Faulkner since 2015, but before they tied the knot, they had Callaway, 9, in September 2012, via Us Weekly. Chudney penned a heartfelt message to her daughter to celebrate her first day of third grade in September 2021. “She loves math, science and reading, but most looks forward to playing with her friends and making new ones!” she wrote.

Ashlee Simpson had her first daughter (and first child with Evan) in July 2015. She announced that she’d had Jagger, 6, on Instagram. “We are overjoyed about the birth of our precious baby girl,” the pair wrote. Jagger looks so much like her dad, and the two seem very close. Evan brought his daughter with him for a day out in September, and quoted a classic Prince song on his Instagram: “Nothing compares 2 you!”

Diana’s son Ross has been with his wife Kimberly Ryan for over 15 years, but the pair tied the knot in 2017, via Harper’s Bazaar. Before they got married, the two had their son Leif, 5, who crawled at their feet, while they sweetly exchanged vows in the Santa Barbra ceremony, which Diana officiated.

When they got married, Kimberly was seven months pregnant with Lief’s older brother, and Ross’ second son Indigo, 4. Ross clearly loves being a dad, and he regularly shares photos of both boys on his Instagram.

Chudney gave birth to her second daughter Everlee, 2, in October 2019. She shared a photo announcing her and Joshua’s new addition, with Everlee’s older sister in the photo. “We did it! We had a baby!” she wrote. “Mama, Dada and Callaway are over the moon in love and exhausted!” Chudney celebrated her daughter’s second birthday by posting a photo of her as a newborn and a picture of her now.

Evan and Ashlee had their second son Ziggy, 1, in October 2020. The family showed off their fabulous Halloween costumes this year on Instagram, with Ashlee dressed as Cruella Deville, and Ziggy was an adorable Dalmatian. Evan also gushed over his son on his first birthday. “I love you past the MOON. Its infinity!” he wrote. “Can’t believe it was a Year [sic] ago you were born!!”