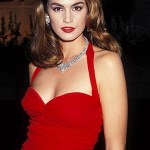 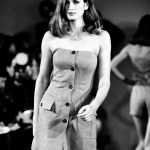 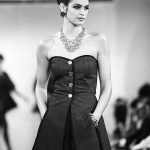 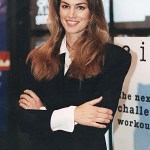 Cindy Crawford hasn’t aged a day! The gorgeous model has accomplished so much in her decades-long career and today we’re taking a look back at her transformation!

It’s hard to believe that Cindy Crawford has been a model for nearly 40 years. The gorgeous cover star, 54, has graced magazines, runways, and has taken on the leading role to fashion campaigns across the globe. Born in 1966, Cindy gained immense popularity in the ’80s and ’90s, becoming one of the most sought-after models of the time. Cindy often appeared on the cover of magazines like Vogue, W, Allure, Cosmopolitan, and so many more. Of course, Cindy also took her talents to the runway.

At the height of her career, Cindy modeled for designers like Chanel, Versace, Dior, Calvin Klein, and more. Apart from modeling, she appeared in campaigns for Omega, Maybelline, and even Pepsi! In fact, Cindy appeared in the 1992 advertisement for Pepsi during the Super Bowl. 26 years later, she recreated the ad, this time with her son, Presley Gerber, 20. By 2000, Cindy quietly stepped back from modeling to focus on her family and personal life, only appearing in a select few shoots and campaigns. But her legacy is still very much a part of popular culture.

Indeed, Cindy made such an impression on today’s young models and starlets that she was one of many women to appear in Taylor Swift‘s music video for her hit track “Bad Blood” in 2014. In the video, she made a cameo alongside models  Cara Delevingne, Gigi Hadid, and Karlie Kloss. But beyond some exciting cameos, Cindy’s sights are wholly on her family. Following four years of marriage, Cindy and her then-husband, actor Richard Gere, divorced in 1995. In 1998 she married Rande Gerber. The couple have two children — Presley, born in 1999, and 18-year-old daughter Kaia. Cindy has proudly watched on as both of her kids have gone into modeling.

There are so many iconic moments in fashion and popular culture that were created thanks to Cindy Crawford. To take a look back at her transformation through the years, check out the gallery above!