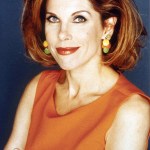 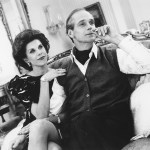 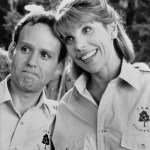 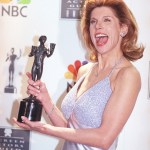 The Emmy-winning actress had two daughters, who are now adults, with her late husband Matthew Cowles. Find out more about both of them here!

Christine Baranski has had a long career both on-stage and on-screen. After making her Broadway debut in 1980, the 69-year-old actress has gone on to an accomplished career in entertainment. She won a Tony in 1984 for her performance in The Real Thing and another in 1989 for Rumours. She starred as Maryann Thorpe in the sitcom Cybill from 1995 to 1998 and won an Emmy for Best Supporting Actress for her performance. Other than Cybill, she received a number of nominations for her many appearances on the sitcom The Big Bang Theory and in the drama The Good Wife. Christine has also starred in many film adaptations of musicals, with some notable performances being in Chicago and Mamma Mia! For much of her career, Christine was married to actor and writer Matthew Cowles from 1983 until his death in 2014. Together, the pair had two daughters. Find out more about both of her girls here!

Christine had her elder daughter Isabel Murphy (née Cowles), 38, in 1984. Despite both of her parents being in entertainment, Isabel has only dabbled in acting. She made brief appearances in a few TV series and movies, according to her IMDb page. Her first time acting was in the 1993 series Lovejoy, and her most recent appearance was in the 2004 movie Stand Up. 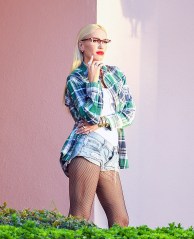 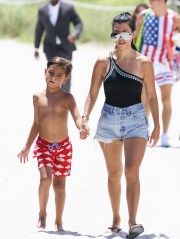 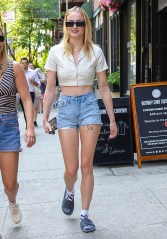 Isabel opened up about what it was like growing up with a famous mother in a 2014 essay for Elle. She said that when her mom was cast on Cybill things became “confusing” as they were hoisted into the spotlight. Even though she clearly has a strong bond with her mom, she did admit to feeling jaded by people asking about what it was like to grow up with a mom who starred on a sitcom. “I can’t help but feel annoyed that anyone would think this world is endowed with magic. Famous actors aren’t special creatures. Their life, like that of any dedicated professional, is a grind,” she said.

Other than opening up about her feelings on what it was like growing up with a famous mom, Isabel also showed how thankful she was for The Good Wife star to put in the work she did for their life. She mentioned that her mom’s driver told her after the fact that Christine would cry whenever she’d have to go out to Los Angeles to film Cybill. “We got to live the kind of life that mattered to my parents—which is now the kind of life that matters to us. Such is the tale of Mom, the celebrity: it’s the story of any parent making big sacrifices for her kids,” she wrote.

Christine had her younger daughter Lily, 34, in September 1987. Lily has followed in her mom’s footsteps and became an actress. Lily made her on-screen debut in 2015 in a small role for the romcom Enchantments. She had a few other small roles over the years, including lending her voice to the video game Call of Duty: Black Ops Cold War in 2020, but her best-known part was in the sci-fi series Roswell, New Mexico, which premiered in 2019.

Lily opened up about getting to see her mother’s career blossom in a 2019 interview with Town & Country magazine. “My mother has always been so professional and always kept her nose to grindstone. She taught me it takes a lot to gain a reputation, and it can also be ruined very quickly,” she said.