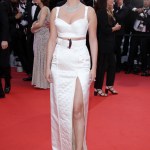 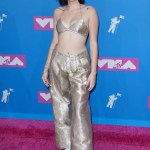 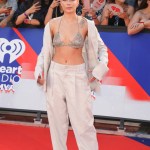 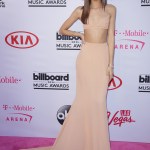 Selena Gomez wore a bralette on a red carpet during the Cannes Film Festival but she’s not the only star to rock the lingerie look at a major event. See pics of Zendaya, Kendall Jenner & more sporting the trend!

Lingerie hasn’t been reserved for the bedroom in a while now. From music festivals to date nights, it’s pretty common to see underwear worn as outerwear. One of the easiest ways to rock lingerie IRL is by wearing a bralette as a crop top. But it’s not only easy, it’s super trendy too; Rihanna, Kendall Jenner, and Lorde are just a few celebs who’ve flaunted their bralettes on red carpets.

Selena Gomez made a major case for the bralette red carpet look when she showed up to the premiere of The Dead Don’t Die on May 14 wearing a white satin bra from Louis Vuitton. The makeshift crop top was paired perfectly for the Cannes Film Festival event with a belted high-waisted slit skirt by the same designer. Selena rounded out her ensemble with a diamond necklace, a ring and silver heels.

Paris Jackson also loves the lingerie look. The 21-year-old wore all Dior to the Dior Sauvage party in Pioneertown, California on April 12, 2018, and her ensemble was all kinds of cool. She sported a black and white bra top, which she paired with shorts under a sheer, embroidered skirt. While she started the night off by covering her bralette with her leather jacket, she eventually ditched it and tied it around her waist. Her outfit was pretty wild, but it made sense considering the event was hosted close to where the 2018 Coachella Music Festival kicked off the following day.

Paris’ fun, unconventional take on the bralette as a top was much different than a look worn by the equally trendy Zendaya at the 2016 Billboard Music Awards. The Spider-Man: Homecoming star looked effortlessly glamorous in a light peach bralette and matching maxi skirt. The outfit blew us away, and the style icon likely knows it works for her since she’s done it multiple times. In April 2016, she showed up to the Marie Claire Fresh Faces party in white high-rise jeans and a pale yellow Chanel crop top with matching jacket. Zendaya can do no wrong.

There are a ton of ways to style a bralette for the red carpet! Click through the gallery above to see all of the celebs who tried out the sexy trend at major events!