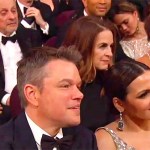 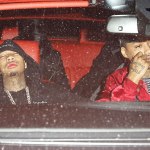 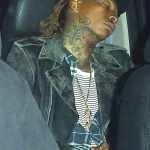 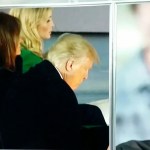 With this being the first Monday since Spring Forward, it makes sense that today, Mar. 11, is National Napping Day because let’s be honest, we pretty much all want to doze off especially since it feels an hour earlier than it is. In honor of the unofficial holiday, we thought we’d take a snooze… uh, stroll through memory lane and relive all of the moments when celebs have been caught sleeping in weird places. Without further ado, here are all the celebrity REM cycles to remember this National Napping Day!

Who can forget when Chrissy Teigen, 33, nodded off during the 2017 Oscars, and sweetly rested her head on John Legend‘s shoulder? In response to her dozing off, Chrissy hilariously tweeted, “just woke up what happened.” But she’s not the only celeb who has been seen dozing off in public. Just recently, singer Michael Bolton, 66, appeared to fall asleep while in the middle of a live TV interview via satellite from Florida to “The Morning Show” in Australia on Feb. 4, 2018.

Meanwhile, Ramona Singer, 62, started snoozing on the couch during part three of The Real Housewives of New York City reunion on Aug. 28, 2015. And just hours after being sworn into office, Donald Trump, 72, seemingly fell asleep during Three Doors Down‘s performance at his inauguration concert, as his eyes appeared to close during the event at the Lincoln Memorial. And when he was still dating Kylie Jenner, Tyga, 29, fell asleep after a night out with Chris Brown, 29, and friends at 1OAK in West Hollywood on Feb. 3, 2016. Meanwhile, Wiz Khalifa, 31, fell asleep in the backseat of his limo after a late night at The Nice Guy in West Hollywood.