As September approaches, more and more kids across the country will be starting classes again. From five-year-olds headed to their first day of Kindergarten to people in their early 20s landing on college campuses for their senior year, these next few weeks mark a special season – back-to-school. But before all these kids find themselves sitting in a classroom, they’ll need to prepare themselves for the work ahead with new supplies. Even children of famous parents need to do some back-to-school shopping, so we’ve rounded up photos of celebrities with their kids doing just that.

With her eldest child off to college for the first time this fall, Angelina Jolie is having quite an emotional back-to-school season. She admitted she had a hard time dropping off son Maddox Jolie-Pitt at South Korea’s Yonsei University earlier this month. “I also, just at some point, had the big [sun]glasses and the amount of times I turned and waved,” Angelina recalled at the D23 expo about struggling to leave the 18-year-old. “I do know it was the one moment in my life I think I turned around six times before the airport just…and he sweetly stayed and kept waving, knowing that I was going to keep turning around. You could feel he knew he couldn’t leave.” 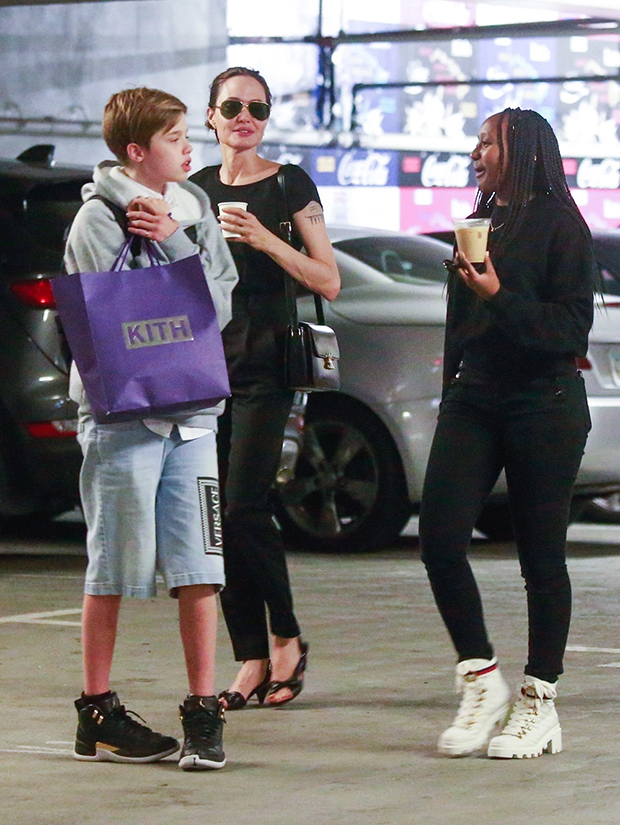 Angelina also has five other kids at home to worry about. She’s been going on more shopping trips with Shiloh, 13, and Zahara, 14, since they’re starting to get more into fashion. “Angie remembers exactly what it was like so she’s fine with it to a certain point, but she’s very careful not to let them go overboard,” an insider told HollywoodLife about the Girl, Interrupted star letting her daughters buy designer things. “She doesn’t want them to become spoiled.” Head up to the gallery above for more photos of celebrities shopping with their children!