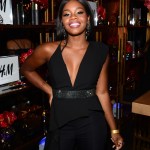 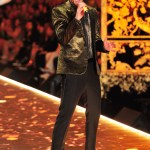 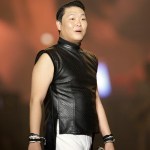 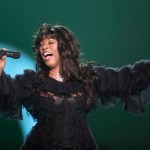 Before ringing in the New Year, some celebs have twice the reason to celebrate! See which stars end the year with birthday cake and fireworks!

While many around the world host parties and go out for dinner on Dec. 31 to celebrate the upcoming calendar year, there are celebs who have twice the reason to go out with a bang on the last night of the year! This day, celebs like Gabby Douglas, 25, and Andrew “Drew” Taggart, 31, get to have birthday and New Year’s parties simultaneously to celebrate when they were born.

While Gabby appeared to have kept her birthday low-key back in 2017, she still made time for some celebrating with her family! The United States gold medal-winning Olympian gymnast gathered with loved ones a week before New Year’s Eve to observe the Jewish holiday of Hanukkah. They wore festive blue and white sweaters, socks, and had decorative signs saying “dreidel,” “Keep calm and dreidel on,” and “May love & light fill your home & heart at Hanukkah,” and sat alongside a menorah.

Another celeb whose birthday falls on New Year’s Eve, Drew, of The Chainsmokers fame, appeared to celebrate his 2018 birthday in Honolulu. He shared an Instagram snap of himself on a surfboard on December 30, 2017 seemingly soaking up the Hawaii sunshine. Not a bad way to bring in a new year or enjoy your birthday! The DJ expressed his gratitude for everyone wishing him a happy birthday, writing, “Thanks everyone for the birthday wishes. This little dude is now 28 years young. Happy New Year y’all!”

Beyond just these two stars, there are many other public figures who were born on the last day of the calendar year. ‘Gangnam Style’ sensation Psy was born on New Year’s Eve in 1977, while the President’s son, Donald Trump Jr, also celebrates his big day on December 31. Check out the gallery above to see which other celebs and fellow Capricorns also celebrate their birthday on New Year’s Eve!