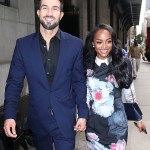 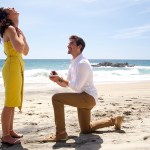 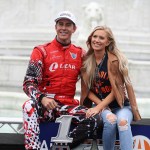 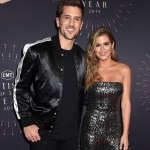 The ‘Bachelor’ journey is all about finding love. While the experience hasn’t worked for some Bachelor Nation stars, many couples are still dating and some have even gotten married!

Colton Underwood’s journey to find true love is coming to an end on March 11 with The Bachelor season 23 finale. The finale is always the defining moment in Bachelor Nation relationships. This is where they decide their futures. Love doesn’t just happen on The Bachelor, though. The couples on The Bachelorette and Bachelor In Paradise have also found true love together.

Becca Kufrin fell in love with Garrett Yrigoyen on The Bachelorette season 14. He proposed during the season finale in 2018, and they’ve been together ever since. They haven’t set a wedding date just yet. They’re just enjoying their time together, but they’re head over heels in love.

One of the most beloved Bachelor Nation couples is Sean Lowe and Catherine Giudici. The soulmates found each other during Sean’s journey to find love on his season of The Bachelor. The couple married in a TV wedding in 2014. They have two children together, Samuel and Isaiah. The Bachelorette season 13 star Rachel Lindsay also found love with Bryan Abasolo. They got engaged during The Bachelorette season finale in 2017 and will be getting married in Aug. 2019. The first-ever Bachelorette, Trista Rehn, has been happily married to her final pick, Ryan Sutter, since 2003.

Bachelor In Paradise has also been a place where Bachelor Nation fan faves can find love. Jade Roper and Tanner Tolbert met and fell in love during Bachelor In Paradise season 2. They got married in 2016 and have a daughter, Emmy. Jade and Tanner, dubbed Janner, are currently expecting their second child. Jade and Tanner’s BFFs, Carly Waddell and Evan Bass, also found each other during BIP season 3. They got married in 2017 and have one child together, daughter Bella.