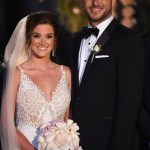 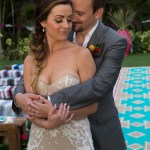 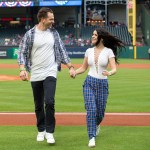 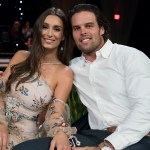 ‘Bachelor In Paradise’ season 6 is coming to an end and hearts are on the line. Over the years, the show has given us so many amazing love stories. While some couples have lasted, others haven’t stood the test of time.

The Bachelor In Paradise season 6 finale is just around the corner and that means the couples will have to decide about their futures together. There are so many incredible couples that have come out of Bachelor In Paradise who have gotten that second chance at love they were looking for. However, there are some couples whose relationships didn’t fare well once they left Mexico.

Jade Roper and Tanner Tolbert met and fell in love during season 2 of Bachelor In Paradise. At the end of the season, Tanner popped the question and Jade happily accepted. The couple was married in a TV wedding in 2016. They now have two kids: Emerson and Brooks. Jade recently gave birth to her second child — in a closet!

Jade and Tanner’s BFFs Carly Waddell and Evan Bass also got their happily ever after on Bachelor In Paradise. After a season of Evan pining for Carly, she finally came around. The two eventually got engaged and were married in 2017. They have a daughter together named Bella and are currently expecting their second child.

Bachelor In Paradise season 5 couple Krystal Nielson and Chris Randone got married in Mexico where they fell in love. Their TV wedding was featured during season 6 of Bachelor In Paradise. The other couple out of season 5 to get engaged didn’t quite get Krystal and Chris’s happily ever after. Jenna Cooper and Jordan Kimball got engaged at the end of the season but a cheating scandal ruined their relationship. Their engagement was eventually called off and Jordan briefly returned to BiP in season 6.