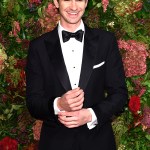 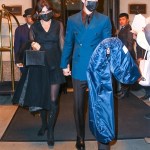 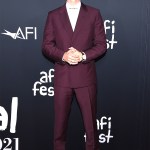 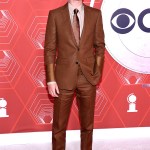 Andrew Garfield is back in the spotlight with his new movie Tick, Tick… Boom! and fans are eager once again to find out everything there is to know about the dapper star’s love life. Such a desire is easily understandable, as the public went into a tizzy when he and Emma Stone, broke off their relationship in 2015 after being the most adorable couple ever!

Since then, Andrew, 38, has enjoyed hanging out with a bevy of beauties; some were considered girlfriends, others only rumored dates. Perhaps Andrews’ fickle heart could be contributed to his thoughts on falling in love, given that he finds it rather easily done. “Yes, I do believe in love at first sight but I also believe that you would love absolutely anybody if you knew their story,” he once said during a Q & A.

So, who has the Oscar-nominated talent been linked to in the past? Keep reading for the list of Andrew’s loves and/or rumored loves, below! 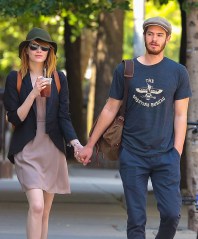 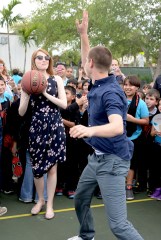 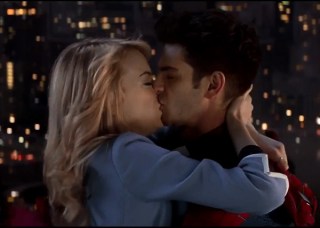 While making the promotional rounds for Tick, Tick… Boom!, Andrew was spotted with a new love on his arm. Last month, the Hacksaw Ridge alum enjoyed a romantic stroll in New York City with swimsuit model Alyssa Miller, 32, before heading into a taping of the The Late Show with Stephen Colbert.  She even accompanied him to the talk show, per People. Little is known about when they started dating, but they certainly seem to going strong!

In 2018, Andrew appeared to have found love with Susie Abromeit, the actress who plays Pam on Marvel’s Jessica Jones. Their romance was first rumored when photos surfaced of the couple holding hands on a beach in Malibu. The surfside spotting came days after the pair took a trip to Disneyland, according to W.  Susie, who was once considering a career in tennis, hasn’t been spotted with Andrew since their day out in the tony seaside town.

Three years after his split with Emma, Andrew was romantically linked to singer Rita Ora. They were snapped together out and about, including a cozy walk on Christmas Eve in 2018 in London’s Primrose Hill district, per People. Andrew and Rita have never confirmed or denied a relationship.

Andrew and Emma were the It couple went they surprised fans by revealing they were dating 2011. Having starred together in The Amazing Spider-Man, their onscreen chemistry easily translated to real life. They continued dating all throughout filming the 2013 sequel, but eventually called it off in 2015. However, they remain friends to this day. “We care about each other so much and that’s a given, that’s kind of this unconditional thing,” Andrew told Vanity Fair. “There’s so much love between us and so much respect. I’m her biggest fan as an artist.”