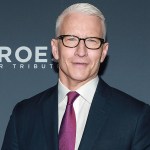 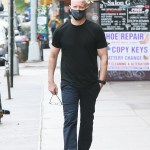 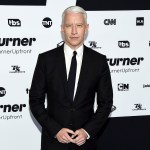 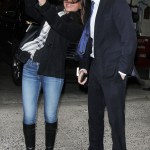 Benjamin Maisani dated Anderson Cooper for nearly a decade, and even after they split, he has remained a major part of the CNN anchor’s life. Here’s 5 things to know about Benjamin.

Anderson Cooper, 54, has a very special man in his life: Benjamin Maisani, 48. The CNN anchor dated Benjamin, an NYC-based bar owner, from 2009 to 2018, during which they enjoyed what seemed to be a blissful relationship. And even after they broke up, the two stayed apart of each other’s lives in a major way: Benjamin has been helping Anderson raise son Wyatt Cooper, whom Anderson welcomed via surrogate in April 2020. Talk about friendly exes!

So who is Benjamin Maisani? From his successful entrepreneurship in New York City to his romance with Anderson, HollywoodLife has rounded up five key facts about Benjamin. Learn more below.

1. Benjamin was born in France.

Benjamin was born on January 27, 1973 in Corsica, France. He was raised by a Catholic family and spent most of his childhood time in his hometown, per reports. Once his college years came around, Benjamin moved to New York City. He holds both French and American nationality. 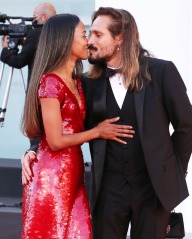 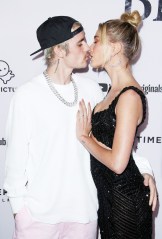 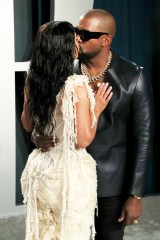 Benjamin initially jetted off to New York City to pursue filmmaking. He studied undergraduate at Hunter College in New York City, where he received a degree in Arts, according to The Sun. At age 21, he took on his first job as a librarian in Morgan Library. However, Benjamin decided to shift his interests and career towards bars.

Over the years, Benjamin has owned three different bars in the Big Apple. He started off as a bartender at a gay bar, which he enjoyed. After gaining years of experience, he opened his very own gay bar called Eastern Bloc. He also invested in the formation of Bedlam Bar and opened Atlas Social Club. Since then, Eastern Block and Bedlam Bar have closed, but Atlas Social Club is still open. However, all three bars earned a huge profit, totaling to Benjamin’s net worth which is estimated to be around $8 million as of August 2021, according to Wealthy Persons.

Benjamin and Anderson Cooper’s romance began in 2009, though the circumstances of how they meant aren’t confirmed. The couple did not go public with their relationship until 2015, three years after Anderson came out as gay. Anderson and Benjamin made several public appearances together while they were dating and also enjoyed some vacations as a couple, including trips to Venice, Italy and Tahiti in 2017.

In March 2018, Anderson announced he split from Benjamin.
“Benjamin and I separated as boyfriends some time ago, we are still family to each other, and love each other very much,” he told Entertainment Tonight.

5. Benjamin is co-parenting (and lives) with Anderson.

Since their split, Benjamin and Anderson have been on great terms. In fact, Benjamin has been a co-parent to Anderson’s 1-year-old son Wyatt Cooper ever since the little one was born in April 2020. The two even still live together in the Big Apple raising baby Wyatt. “There is no acrimony between us,” Anderson told PEOPLE last year of his relationship with Benjamin. “Even though it’s maybe unconventional because he’s my ex, he is my family.” The political commentator added, “While we were a couple, he wasn’t sure he wanted kids, which was one of the issues we’d always had. But when I decided, ‘I’m just going to do this,’ he started to be interested.”

So would the exes ever get back together? Ellen DeGeneres asked Anderson just that while she was interviewing him on her talk show in February 2021. “No, that’s not gonna happen!” Anderson confidently responded. However, Anderson did once again applaud his ex in the interview, saying that Benjamin “is such a great parent.”