“It seems like it would make no sense not to take steps to balance yourself in some ways, right?” asked Devin Townsend at the start of his conversation with HollywoodLife. The comment was about the ambient lighting Devin has set up in his office, one of the many ways he’s sought peace in a disruptive time, but it could just be applied to one of the themes woven throughout Lightwork. Released on Nov. 4, Devin’s new album sees him search for a balance amid the chaos of life. The result is one of his most dynamic and engaging albums to date.

From Lightwork’s first lines – “Ode to the unknown: If we’re gonna face it alone, Don’t trust the fearing of revealing,” sings Devin on “Moonpeople” – sets the tone, with the music being a beacon akin to the lighthouse gracing the album’s cover. “I think it’s as much for me as it is for the audience, right?” says Devin. “I think it would say something that I’m not meaning to say if I was to claim [Lightwork] as like, ‘this is me, trying to provide anything.’ As much as anybody else, it’s been a struggle over the past couple of years. And I found that as I’ve gotten older – it’s really as simple as what I put out is what I’m going to contend with.”

Life, the universe, and everything “was already chaotic enough,” says Devin. “And it seems that a lot of my contemporaries are putting out vast amounts of angry things. So that market is saturated. So, almost more than anything else, I feel that artistically, each one of us, our responsibility is just to try and be as honest as we can and then provide what we’re able to provide. And this,” he says, indicating Lightwork, “is what I bring to the table right now.”

Still waters run deep. And though Devin Townsend speaks with a calm cadence that comes from his many years on stage, on the road, in the studio, and in interviews like this one, “still”…really isn’t the adjective to label him. Over the past three years alone, Devin has performed seven streaming pandemic concerts, released three studio albums (including the multimedia project, The Puzzle), put out his Devolution series, shared a handful of improvisation releases, scored a BBC children’s show, and now, Lightwork.

“I feel like I don’t have a lot of choice in the matter when it comes to following whatever creative compulsions seem to be most interesting,” he says of these projects.

As one of these creative compulsions, Lightwork is, as he describes it in his behind-the-scenes interview series, an “Easy-listening Dev” record. Townsend’s prior work — The Puzzle, with its dissonance and improvisation – was “chaotic music,” as he put it, the expelling of which resulted in the space that allowed Lightwork to breathe.

Devin began working on Lightwork before The Puzzle but needed to purge himself of the chaos for Lightwork to retain its cleanliness, to stay on the path rather than deviate into the prog rock dalliances that decorate Devin’s entire body of work. In that same interview, Devin revealed there was some hesitancy to put something out that could be considered so accessible when his discography is full of the avant-garde, the heavy, and the complex.

“The fears that I have are less about less about the content and more about the fact that I really love doing what I do,” he says. “And I would like to be able to continue. It doesn’t help if you alienate a big portion of your audience that has no interest in that particular thing. However, I feel that almost the foundation of the wonderful support that I’ve had over the years is because it’s authentic —  what I’m doing. From moment to moment, I am following what I feel like I need to do.”

“And if that’s the case,” he says, “then I think it would probably serve me well in the future to let go of some of that fear.”

Finding that spot of peace — one with less fear, regret, pain, and doubt – could be one of the themes illuminated by Lightwork. “Call of The Void” does its best Douglas Adams in reassuring the listener not to “freak out” at the insanity of modern light. “Celestial Signals” reminds you that there is “no shame in failure.” The spiritual title track – “Lightworker” – could be the angelic hymn that beams from beyond once humanity finally defeats its critical vices of greed, fear, and hate.

These affirmations come in a way that only Devin Townsend can deliver them: with his signature voice that dances between operatic glory and metal snarl and with guitarwork so intricate and mesmerizing, it’s like gazing into the first light of a new star.

The album arrived to massive praise. It would be shocking if it didn’t. Devin is thirty years into his career and well-respected by those within the metal community (“By this point, you’re never going to get ‘bad’ from Devin Townsend,” wrote Kerrang’s review). He doesn’t take himself too seriously, though his dedication to the craft is never a question. His guitarwork is inspiring. Vocal coaches reacting to his soaring voice is practically its own genre on YouTube. The man’s legacy as one of the greats is all but guaranteed.

Yet, as Devin speaks, he shares that he still grapples with insecurities and uncertainties. “The process of putting out this record allowed me to recognize that pattern,” he says, “where I’m like —  Man, I actually started thinking about it over the past month or so. I recognize a pattern: ‘you apologize for every record prior to coming out.’ And I feel that maybe now that I’ve seen that I’m doing that, it may be a great opportunity for me to put that to rest, right? Because I think, is it insecurity? Or is it fear? Or is it a habit?”

Is it an advantage? Does this internal conflict keep Devin sharp and never one to rest on his laurels? When asked if these fears and habits are the stones that keep his blade sharp, he laughs. “I would suggest that we’ve had more than enough stones,” he says. “I think if my intention is to progress on a personal level, then I can see more clearly now than perhaps I was able to in the past how certain things are just silly, right?”

“And I don’t blame myself for feeling those ways prior to knowing, but it’s sometimes the stones that we run up against in life, — pandemic, you know, like, war any of these things — more than anything else offer perspective on some of these artistic trials and tribulations. I feel that the more real my life has been forced to become over the past little while, the more I recognize how some of these things that seemed to be big deals in the past are just products of my own making, right?”

“When I was younger, I was guilty of having a large part of my self-worth invested in what I did – what I produced, the music, and anything artistic,” shares Devin. “And then, the more that that started to become less and less relevant, the more I started recognizing that the things that I wanted to do in my life —  music was a part of it, right, as opposed to living in the studio and everything that I do being so hyper-focused on productivity. When that started to become clearer to me, I started thinking that the things I really wanted to do in my life includes music, but it’s also aside from music. And I think that will ultimately make it healthier and make it easier for me to put things out without fear.”

A stone can sharpen a knife, help build the foundation for a lighthouse to dispel the darkness – or help someone plunge deep into the engulfing waters of an unforgiving sea. His career has seen him sing in Steve Vai’s band in the early 1990s, front the extreme metal band Strapping Young Lad to the mid-2000s, and create a multi-faceted solo career under The Devin Townsend Project. Have these fans who have followed from the heavy to the Devy walked that journey alongside him? 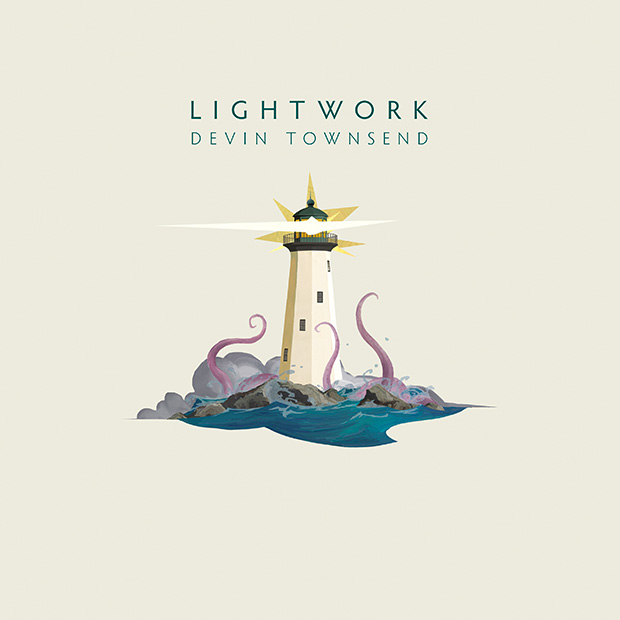 “Some? Sure,” he says, adding that the only time he ever revisits the old music he listened to as a youth is when he’s moving the lawn. “It gives me that energy. But I’m 50. I got kids. It’s like, it’s too much, man. I’d rather listen to Django Reinhardt or something.”

“And I think that you don’t have to negotiate that [conflict] at all,” he says of people outgrowing the music that was once part of their DNA. “I think that’s healthy. Because I know for myself, listening to one thing to the exclusion of everything else was something that — although I did it when I was a kid, like now, it’s just, man, it’s like—I love music. Certain things benefit from a different type of sound than other things, right? And I honestly don’t think I’m alone with that.”

Devin thinks that “there’s a certain amount of people that do” support his continued experimentation and deviation from his youthful sound. But, “There’s obviously a faction of the audience that absolutely has no use for what I do now. And some of them are kind enough to keep supporting me based on, you know, some sort of past that we’ve had together. And others just leave, you know, and that’s, I would much rather that, to be honest. I’ve tried in the past to alter what I do musically, and it just doesn’t work. It comes out disingenuous. So, I got to do what I got to do.”

“So, a lot of the reasons I’ve spent so much time trying to rationalize or apologize for [my work] is I appreciate the audience, man. I don’t want to trick somebody. I don’t want to bum somebody out,” says Devin. “But more so than that, I can’t not be true to where I’m at.”

“So, will people follow into this record? I don’t know,” ponders Devin Townsend. “Maybe they’ll like the next one because, as my track record suggests, each one is different. And what comes in is what’s going to come out. And I never know what to expect. I didn’t expect Lightwork. I didn’t expect The Puzzle. I didn’t expect Strapping. I didn’t expect any of it. So who knows> But I’m satisfied with it. And I like it.”

Lightwork is out now.