After years of being scattered across the world and unable to move due to lockdown, The Dreadnoughts are itching to taste the freedom of the road. That eagerness is found in the band’s fifth album, Roll and Go. Out today (June 24) on Stomp Records, Roll and Go is a Celtic splash of accordion-fueled punk dynamite. The band – Nicholas Smyth (Accordion, Guitars, Lead Vocals), Marco Bieri (Drums, BG Vocals), Andrew Hay (Bass), Kyle Taylor (Piano, BG Vocals, Violin), and Aled Jenkins (Mandolin, Bouzouki, BG Vocals) – have come together for a burst of energy, a loud, raucous bash of a barnburner where everyone is invited to join the part.

Roll and Go shares its title with the album’s closing track, which the band explains is actually about starting on the next great big adventure. “The song is named after a common refrain in sea shanties; to ‘Roll and Go’ is to get the sails out and acquire serious speed on the open ocean,” Nicholas Smyth shares with HollywoodLife. “The song is about brotherhood; and it’s kind of a veiled reference to our early days of touring. It recalls that feeling of setting out on a very long trip, of being unable to sleep due to being nervous and excited, and of sitting and drinking together to gather your strength. This feeling is impossible to describe, it’s a mixture of fear, excitement and pure adrenaline.” 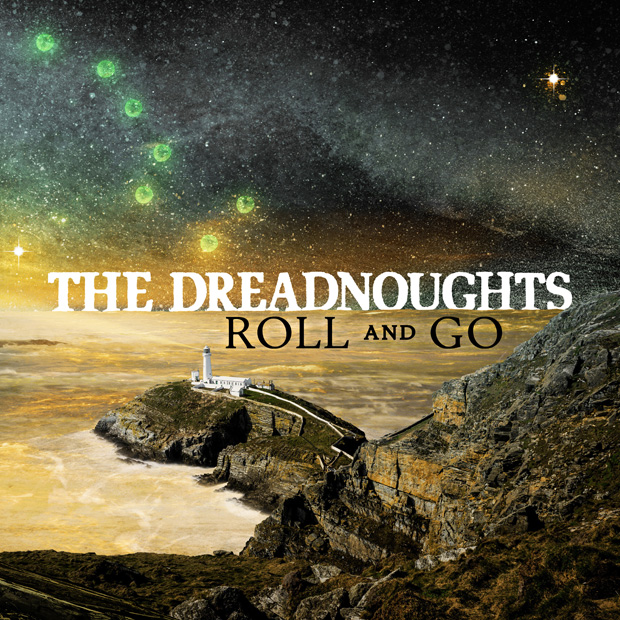 “Musicians get tired of touring and cynical about the whole process, but those first trips are really quite adventurous and magical,” he continues, “and I was trying to recapture what that felt like. Musically, the song is something I’ve always wanted to do, that is, a Hans Zimmer-style movie soundtrack orchestral thing. We had huge drums out in the studio, lots of shouting and hollering, and there’s even an old 70s synth layered into the sound to give it that extra boost. It’s about 75% as good as it could have been, but we’re happy with it!”

Written primarily by Smyth in his one-bedroom New York City apartment, Roll and Go came together – literally – when the bandmembers decided to record the album at Factory Underground Studios in Norwalk, Connecticut. Considering the rest of the band was scattered across the world in Vancouver, London, and Edmonton, it was no small task. Plus, the album features six guest musicians who recorded their parts in six cities worldwide. Despite all the obstacles, Roll and Go finds The Dreadnoughts at their finest, creating an international album about freedom, fearlessness, and the joy of a good drink. Cheers!