It’s Pride! Throughout June, HollywoodLife is running The Sound Of Pride, a month-long feature where members of the LGBTQ+ community pick songs that should be on your Pride 2022 playlist. Today, singer/songwriter and musical artist MuMu shares her picks for the playlist, along with a message. “Pride isn’t a month,” she tells HollywoodLife over email, “it’s a lifestyle.”

“Be proud of who you are and proud of the humans around you,” the artist/social activist adds to her Pride 2022 message. “It’s hard to be a person, whether you are queer or not. It’s also hard to be social after a ridiculous two years. So if you put pants on today, be damn proud.”

MuMu has been songwriting since she was nine, but she didn’t find her voice until she began studying performance arts in school. After acting in television, film, and Broadway, she turned to music as an outlet for her perspective and story. After teaming with the 5x Emmy-winning producer Jamie Lawrence, MuMu dropped “Free The Nip” in 2018, kicking off a ride that combines her passion for songwriting with her advocacy of women’s rights.

Hayley Kiyoko, “for the girls”

The gaytriarchy is real, but that doesn’t take away from the fact that this summer is all about the GIRLS. 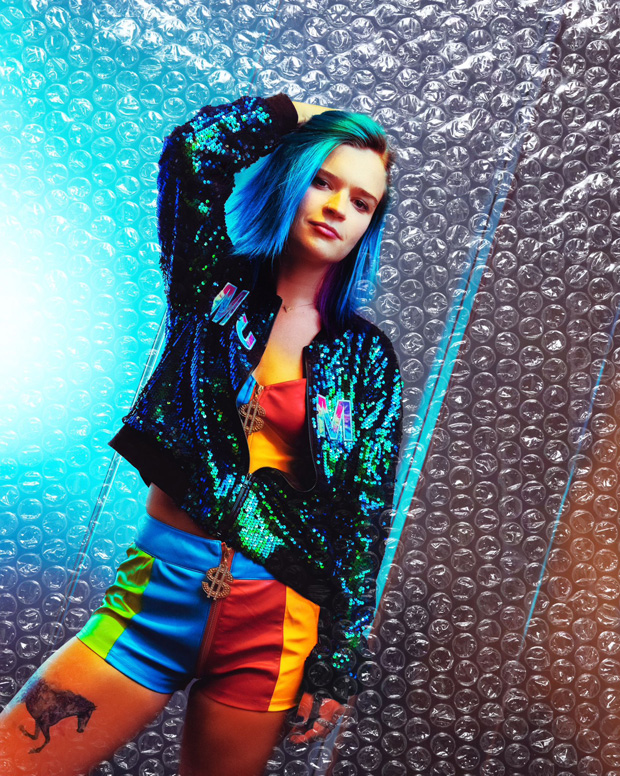 (Credit: Billy Delphs)HollywoodLife: What do you think is the vibe for Pride 2022?

MuMu: Litty Titty. There’s nothing like playing live. No amount of TikToking or Instagram live-ing can fill that void. We’ve all had a long two years of writing, practicing and pent-up performance energy that I feel like is about to explode into rainbow confetti under the stage lights.

How are you going to celebrate this month? If you’re performing, where can fans find you?

I’ll [performed] at the North Jersey Pride Festival on June 12th as the direct opener for Martha Wash which is basically my dream come true. I’ll also be a part of a few other exciting pride events happening this year that I can’t announce yet, so follow along @musicofmumu and be sure to flirt with me after the show.

This month is about celebrating unsung heroes. Is there a member of the LGBTQ+ community that you would like to see get more mainstream recognition?

G Flip, Lauren Sanderson, Bentley Robles, and Pinc Louds on repeat forever. I love these queens, and you will too.

Pride isn’t a month, it’s a lifestyle. Be proud of who you are and proud of the humans around you. It’s hard to be a person, whether you are queer or not. It’s also hard to be social after a ridiculous two years. So if you put pants on today, be damn proud.

We’ve all spent a lot of time on screens these last two years, comparing our insides to other people’s outsides. But everybody struggles even though their IG pictures tell you otherwise. Kindness, truth, vulnerability. That’s pride. Now, lemme get off this soap box and onto a stage.