Sometimes, it’s hard to walk away from a relationship, even if it’s become a toxic and exhaustive experience. Sometimes, it’s even harder when someone doesn’t take the hint. “Why do you haunt me like a little sneaky ghost?” belts out Atara Glazer, one half of Plastic Rhino, at the start of “I Give You Up.” The song, premiering here on HollywoodLife, sees Atara and her bandmate, Jack Glazer, unleash their fury on the energy and emotional vampires that would drain them of their joy. Against a rusty twang coming straight out of 1990s Seattle and with an attitude timeless like the sun, “I Give You Up” is the emotional middle finger to all those rancid, clingy people who won’t leave you alone.

PlasticRhinoband · I Give You Up

“‘I Give You Up’ is about having to let go of certain people in your circle that end up sucking all the life out of you,” the band shares with HollywoodLife. “They are exhausting with their constant negative outlooks on life, and very misguided opinions. A lot of major issues have risen over the past couple of years in all of our lives, ones that test which side of humanity and humility we all fall on. Some we thought had good hearts, turned out to have the blackest. I wrote this song about a few of those people in my life who are no longer in my life. I gave them up, and a weight has been lifted.”

Born in 2012, Plastic Rhino is the lovechild of grunge, ’80s hair metal, and the prog-rock mixtape coming out of a van covered in wizards, warriors, and dragons. First living and gigging as an acoustic cover act, Plastic Rhino plugged in and never looked back. Their first EP, Confessions Of A Nobody, arrived in 2013, with their follow-up – Let’s Begin – arriving in 2014. Their debut album, Recondition, came crashing through in 2015 and drew the eyes and ears of rock fans with hard-hitting tracks like “Big Man Baby” and “Make It Heavy.” 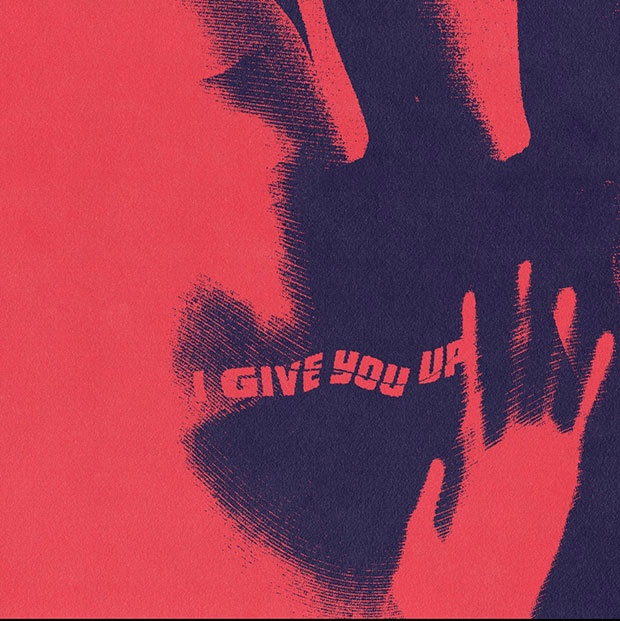 The band took a short break, but the pandemic saw their two paths converge once again. Locked down with nowhere to go, Atara and Jack began working together, and the result is their much-awaited follow-up album, Terminus. Arriving on July 8, Terminus sees the band push their sound farther than it’s gone before while retaining their distinctive creative voice and defiant attitude. Boasting the critically-acclaimed singles “Scream So Loud,” “Bleeding Heart,” and “King” (which was featured recently on Spotify’s All New Rock playlist), Plastic Rhino’s new album promises to be something that no one gives up once they listen to it.