“This is the first song in which I am merging sound healing with singer-songwriting,” Natalia Clavier shares with HollywoodLife when discussing “Underwater,” the new song heralding her upcoming LP. Thievery Corporation’s lead chanteuse, who has forged a robust solo career since dropping her debut in 2008, channels her unique perspective in “Underwater,” premiering today on HollywoodLife. The hauntingly beautiful track pairs her trademark ethereal voice with a liquid soundscape, one that will inspire your consciousness to seek a higher plane while your body will feel rejuvenated with each listen.

“[Underwater”] is the first track I am releasing through my own record label,” adds Natalia. “I am now in total control of what material I put out without the need for it to be approved by a label executive. Also, there is a sample pack that is actually the first one I’ve ever created, that includes sounds I used in this song. The royalty-free sample pack is called Water and it is available on Loopcloud Natalia-Clavier-Water.” 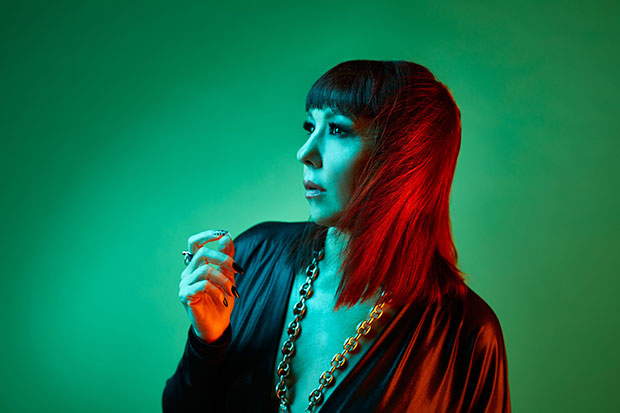 When asked about how her solo work differs from her time with Thievery Corporation – the electronic outfit helmed by Rob Garza and Eric Hilton – she said that this music is distinctively hers. “There is some level of compromising when working with collaborators both on the songwriting and production aspects of the process,” she tells HollywoodLife. “When working solo I am the one who makes all of the decisions with 100% creative freedom.”

Natalia released her first solo album, Nectar, in 2008. The project, produced by Eric Hilton, saw her establish her own musical identity, and she continued this evolution in 2013’s Lumen and in 2018’s Trans. Her upcoming LP will be “different” than her past body of work because she tells HollywoodLife, she “always strive(s) to work from personal experience and honesty and I am definitely not the same woman artist that I was when I wrote my last studio album.

“I have experienced deep transformation spiritually, mentally, and physically in the past few years,” she adds, “and I had the opportunity to facilitate healing through sound for others meanwhile deepening my own healing. I am pouring all of this in my work intentionally these days.”