With three words – “I’m in Poland” – Maksim “Maks” Chmerkovskiy brought a wave of relief to his family, friends, supporters, and fans. Maksim, 42, was in Ukraine when Russia began its invasion, leading many to worry for his safety, including his Dancing with the Stars family. When Sharna Burgess learned that Maks had made his way into Poland, she reposted his Instagram Story to her own, along with a white heart and “prayer” hand emojis. ‘

Sharna, 36, also reposted Maks’ message of gratitude to the “AMAZING” people of Poland (“THANK YOU FROM THE ABSOLUTE BOTTOM OF MY HEART AND SOUL”). Sharna also gave love to the Polish people who have welcomed Ukrainian refugees into their country. “Thank you thank you thank you a million times and more,” she wrote, adding another white heart and prayer hands emoji. 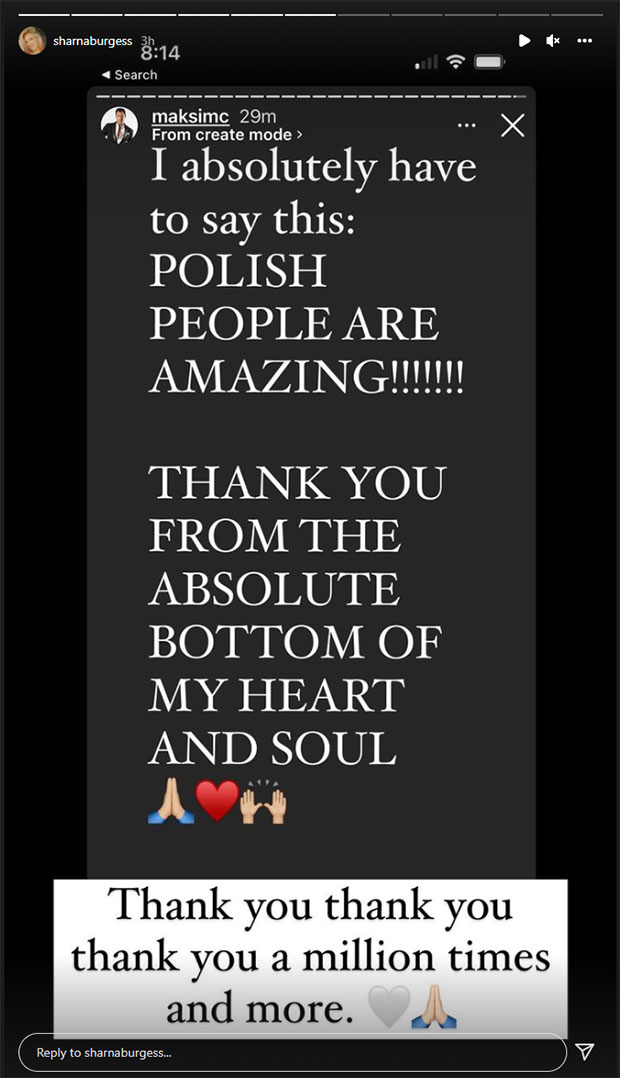 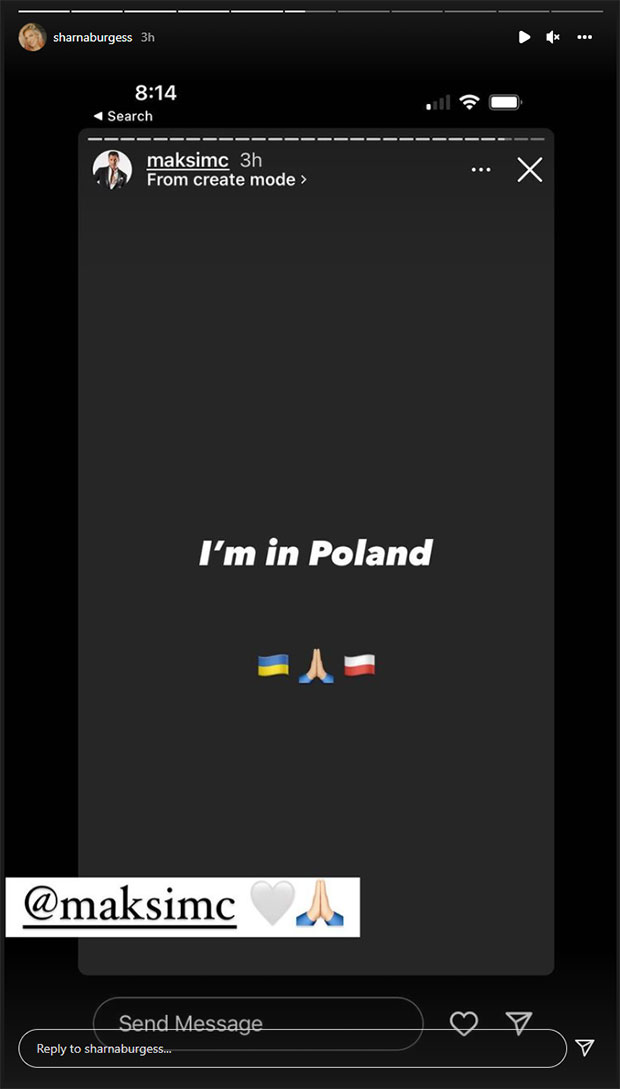 Sharna’s close connection to both Maks and his brother, fellow DWTS pro Valentin “Val” Chmerkovskiy, has resulted in her watching the crisis in Ukraine with fear and sorrow. “My heart cannot take it, truly,” she wrote while sharing the story of one family’s plight.

“There aren’t enough worlds. I just keep holding the people I love and thanking God that I am fortunate to not have experienced this first-hand. I hope I never do. I am deeply inspired by the strength of the Ukrainian people [and] the kindness of the Polish people,” wrote Sharna.” “Like all of you, I’ll continue praying, posting, and looking for ways to help for everyone still fighting. I hope for this war to end soon for both sides.”

As the Russians began their invasion, Val, 35, posted an image of Ukrainian people hiding in a bomb shelter. “My parents fled this country for this exact reason,” he wrote, referring to how his family immigrated to the United States in 1994. “Not because [Ukraine] wasn’t good to them, but because their kids would see war eventually. It’s a cruel irony that 28 years later, my brother is in a bomb shelter in Kiev [Kyiv]. If [my parents] hadn’t left, I would be on the front lines, defending my home right now. And the most heartbreaking thing of all, I would be either killing or dying at the hands of my fellow brothers.”