Instead of chocolates, flowers, overpriced jewelry you can’t sell once the relationship is over, or a reservation to that overrated exclusive restaurant that everyone says is the best thing ever, The Mary Veils got you something you could really use this Valentine’s Day: some fuzzed-out garaged rock goodness. In “Eyes,” premiering on HollywoodLife, the band gazes lovingly into the windows of the universe’s soul, unleashing a fuzzy exploration of what you see when you finally open yourself. It’s a blissful bit of hardness, a bit of beautiful ugliness to gaze upon. While it’s not related to Valentine’s Day, it’s a fantastic anti-love song for those whose only date for tonight is one with the outer edges of oblivion.

Once a solo project of Brian Von Uff, the Mary Veils is now a four-piece of punk dynamite: drummer Evan Wall, guitarist Drew Mann, and bassist Justin Mansor. Together, the group has been putting the finishing touches on their upcoming album, Esoteric Hex, which will feature this new track. “Eyes” is “loosely based on something I read on Kelpius’s society of religious monks -a bunch of German doomsday fanatics from the 17th century who ended up living in a cave outside of Philadelphia,” Brian shares with HollywoodLife.

“As well as incorrectly predicting the end of the world, Kelpius wrote his own music, and has been referred to as ‘Pennsylvania’s first composer,'” adds Brian. “The riff was banging around for a while in my head, and we like the feeling of existential dread. Most people have eyes. Most use them for seeing. Believe half of what you see. Seeing isn’t always believing.” 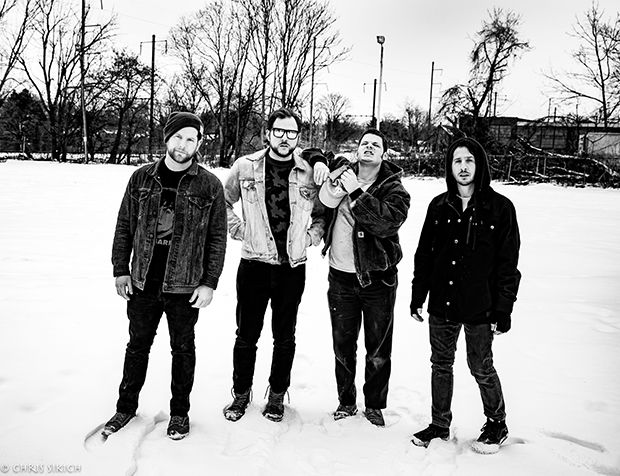 With influences from classic first-wave punk acts like The Dickies and the New York Dolls and modern torchbearers like the Osees and Hot Snakes, The Mary Veils’ are time-traveling trashy troubadours whose sound exists in the dive bars of yesterday to the punk clubs of tomorrow. It’s a magic act that few can pull off, and the foursome will continue to weave this spell on Esoteric Hex, due out on March 25 via PNKSLM Recordings.

Related: ‘Yellowstone’ Reportedly May End After Season 5: The Shocking Reason Why