It’s somewhere near the dawn of time at the start of FTX’s commercial for Super Bowl LVI, when a man rolls up his new invention. “I call it the wheel.” Cue to his friend and overseer…Larry David. In proper form, the Curb Your Enthusiasm star doesn’t like it. “This is a miss.” From there, David gets reincarnated throughout time to moments when he just was wrong. Forks, lightbulbs, Walkmans. Larry shoots them all down. So, Larry isn’t impressed when someone shows him FTX, the US-regulated cryptocurrency exchange that offers investors to trade crypto. “Naaaah, I don’t think so. And I’m never wrong about this stuff,” he says. “Never.” The spot ends by encouraging viewers not to be like Larry.

The random Larry David appearance during Feb. 13’s football game caused quite a stir – because Larry doesn’t do just any commercials. And that he was with a Crypto company was the point. “We need to meet people where they are—and that means embracing skepticism,” FTX’s Co-Founder and CEO, Sam Bankman-Fried, said in a press release on the brand’s mass-market play. “A lot of people who are now the biggest advocates of crypto once had significant reservations.” 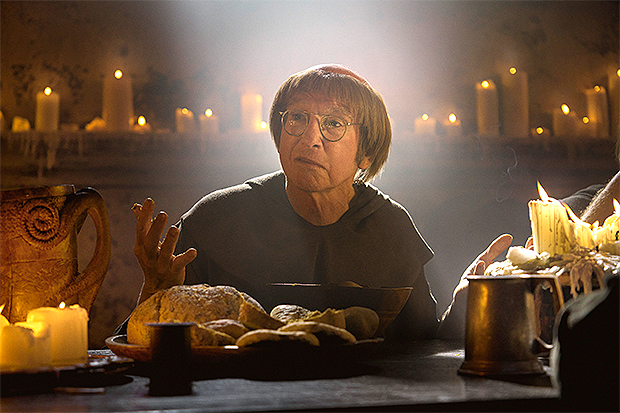 “What I hope people see is that we’re not taking ourselves too seriously. We wanted an ad that made people laugh and added even more fun to their Big Game experience and traditions,” added FTX’s Head of Marketing, Nathaniel Whittemore. “We’re not saying crypto is humankind’s greatest invention. We do see crypto’s radical potential though, so we want to invite people in. We want to be the safe place for people to explore and ask questions and feel empowered to orchestrate financial futures on their terms.”

The commercial was directed by Larry’s longtime creative partner Jeff Schaffer, who said that the concept pitched by creative agency dentusMB was what landed Larry. “Larry’s had endless ad suitors over the years, from beer brands to toilets. When we’d get concept materials, we’d say: ‘Oh, it could be fun if we bent it this way.’ This was the first idea we’ve ever seen, where we were like: ‘Oh, it’s perfect,'” said Schaffer. “Every invention has its skeptics, and Larry is the proud voice of those people.” Larry David: Populous Hero.