Who wants a Sopranos revival with Meadow taking over? That seemed to be the case when Chevy ran its commercial during Super Bowl LVI. Set to Alabama 3’s “Woke Up This Morning,” the commercial was an ultimate flashback to HBO’s golden days. But, instead of the late James Gandolfini, it was Tony Soprano’s daughter, Meadow Soprano – aka Jamie-Lynn Sigler – behind the wheel of the Chevy Silverado. As Meadow drives through New Jersey, she pulls over to refuel – except she’s not filling up for gas. This Chevy Silverado is all-electric! As Meadow fills up the battery, she looks over and…is that A.J. Soprano? Yes, it’s Robert Iller, here to hug his sister.

Fans LOVED this commercial. “Okay, that Sopranos car commercial was brilliant.” Some hoped it was for a new Sopranos show. “I was kinda hoping for a “Sopranos Next Generation” series starring Meadow and A.J. on @hbomax lol.” “So… like… is the electric Chevy Silverado part of Sopranos canon now? That commercial felt like some major plot closure to me.” “So maybe they could do a post-Tony “Sopranos” with Meadow as head of the crew?” “Damn the new Soprano’s commercial had me…I got the chills. Then it turned out to be a car commercial.. What???? #SuperBowl”

Super Bowl 2022: See All Of The Game’s Biggest Moments

“The brief was ‘this is a whole new truck for a whole new generation,'” Chevrolet Marketing VP Steve Majoros said of the Sopranos ad, which is called “New Generation,” per AdAge. “Now that the truck is revealed [Chevy looked for ways to] make these big statements but do it in a way that is equally transformative as the product itself. 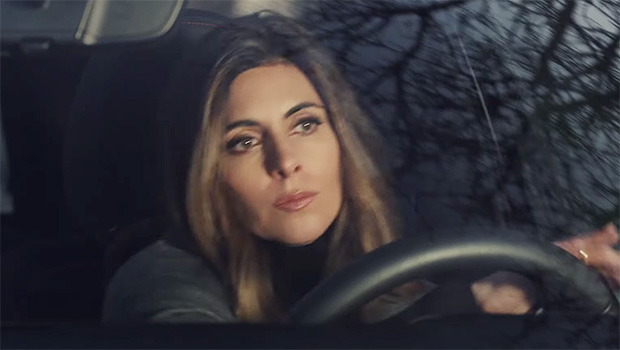 The ad was directed by Soprano’s creator David Chase, with photography by Phil Abraham. “David [Chase] and the team really felt it was an homage to some unanswered questions to the ending of the series,” Majoros said, adding that the ending to the Sopranos had the kids alongside Tony and you don’t know what happens to them. The commercial has “a very optimistic ending, where it’s clear that Meadow and A.J. have moved on and it is a new generation. It’s got a different feel to it. All those things together created a little bit of the magic.”