Move Like Creatures finds themselves “stuck on repeat in another melody / always in between what I want and I what I need” at the start of “Space Case.” In the band’s video, premiering here on HollywoodLife, the band — frontwoman Nancy Bombard, drummer Melissa Koziel, bassist Brian Bello, and guitarist Ryan Reynolds – reconnects with nature while trying to find themselves after being lost within their own mind. With a hazy vibe like a cosmic nebula far off into the void, “Space Case” sees Nancy sing from a person lightyears away – mentally — from the earth. Kicking in with a blast as strong as a rocket, “Space Case” is a powerful, emotional ode to those struggling with mental health issues, letting them know that no one is lost in space forever.

“Space Case” is the title track for the band’s forthcoming debut EP, set to touch down on earth on March 23. “The Space Case EP embodies the struggles and experiences of being human,” the band tells HollywoodLife. “A year ago, we began to build this dream with a few scribbled-down ideas and a handful of unfinished songs. This EP is an example of how you can overcome uncertainties in life through creating and collaborating with others. We dove headfirst into this project during the pandemic because we wanted to be a part of the message that you aren’t alone and good times are ahead, anything is still possible.”

The Space Case EP – pre-save available here – will see Move Like Creatures take one small step a band, but one giant step for this exciting new group. The five-track project will include the title track and the previously released “Mind Reader,” a song about those who have ever heard the callous calls to “toughen up” when dealing with internal anguish (“They’re always asking if I’m fine / They want to fix me all the time / Oh they said you only have to stick it out in time you’ll get better”). Fans can expect to be enthralled by new songs “Ghost Me,” “All Hung Up,” and “Pick Up What I Put Down.” 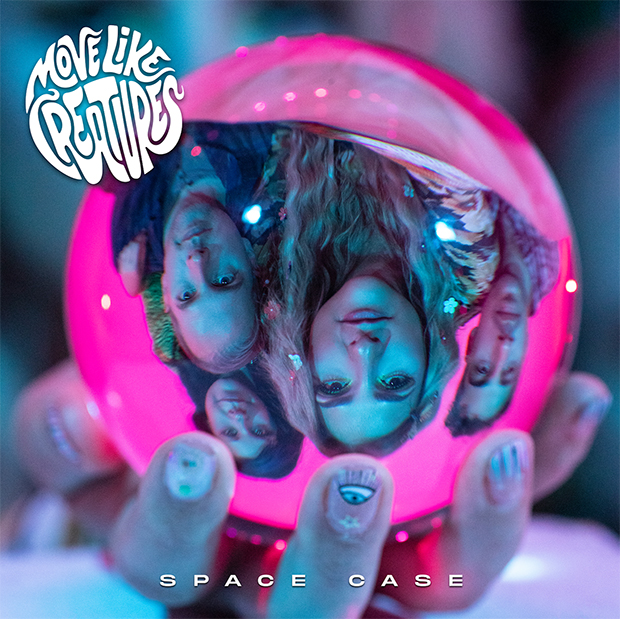 With songs bursting with energy, a beat thumping harder than the heart of the universe, and personal lyrics that hit hard like an asteroid, Move Like Creatures stand poised to be the next shining stars on the alt-rock scene. The band is relatively new, if you can believe that. The four came together during the COVID-19 pandemic through a Craiglist ad, of all things. It was Nancy who put out the call for like-minded artists, and fortune favored her boldness as Melisa, Brian, and Ryan found their way to her living room. Soon, Move Like Creatures was formed, like a new sun. We shall all bask in the glow once Space Case arrives next month.