“Whenever you crack open a Busch Light, the mountains start singing,” says one wise outdoor enthusiast to another at the start of Busch Light’s commercial for Super Bowl LVI. Perhaps doubting the wisdom that was just passed down to him, the second mountaineer cracks open said Busch Light to see for themselves. Suddenly, the spirits of the mountains come to life and start to sing – right in time for a saxophone solo. “Hit it, giant Kenny G!” says one spirit, to deliver a sax serenade as smooth as Busch Light. The trio of spirits then encourages those adventurers to “Head for the mountains of Busch…Light…Beer!”

The spot, created by the Martin Agency, is inspired by the mountains featured on the Busch Light cans, which were serenaded in the classic Busch commercials of the 1970s and ’80s. The giant spirits unintentionally invoke the image of Jimmy Barnes in Kirin J Callinan’s viral “Big Enough” music video. However, instead of a wailing Barnes, this commercial has a tantalizing sax solo, courtesy of the music icon. There is even more in the extended version, too! 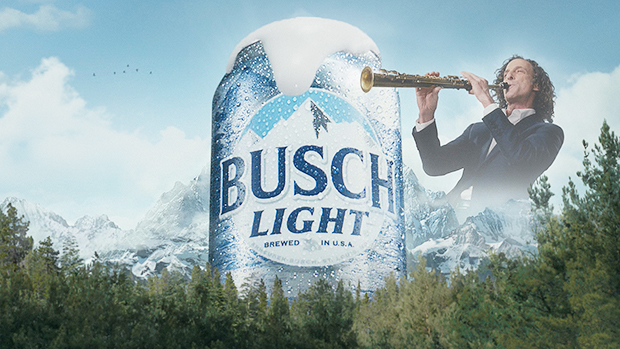 “Busch Light is about smoothness and refreshment, and if you’re familiar with my work, it should be pretty clear why this partnership works so beautifully!” said Kenny G in a press release for the commercial. “For this project, we tapped into the Busch Light archives and came up with a really energetic reprise of ‘Head for  the Mountains.’ I’m excited for the fans to hear my sax on it, and hope they can enjoy the spot with a cold Busch Light in hand on game day!”

“More than 40 years ago, ‘it’s cold and it’s smooth, and it’s waiting for you’ launched Busch Light’s jingle into the hearts and minds of beer fans,” added Daniel Blake, Group VP, Budweiser & Value at Anheuser-Busch. “And when the time came to revive that iconic jingle, there was only one person smooth enough for the job, American jazz saxophonist, and one of the best-selling artists of all time, Kenny G. We can’t wait for Busch Light fans to see their favorite beer show up on one of the biggest days in sports.” 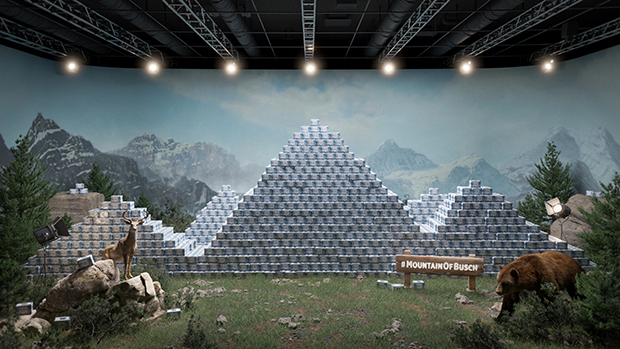 For those football fans – who are 21 years and older – that want to score some epic prizes, courtesy of Busch Light, they can do so by tweeting @buschbeer using #mountainofbusch #sweepstakes for a chance to win part of a mountain’s-worth of Busch Light. For every #mountainofbusch post that the brand sees, they’ll add another prize to the mountain. Follow @buschbeer for more info and see complete rules HERE.