The new version of “the Roarin’ 20s” got off on the wrong foot, to say the least. Murder hornets. Pandemic lockdowns. The death of Betty White. It definitely feels like we’re in the darkest timeline, but Drax Project would rather make you feel like grooving, like cutting loose and getting wild. Maybe, go a little….crazy? With “Crazy,” the group — Shaan Singh (lead vocals, sax, keys), Matt Beachen (drums), Sam Thomson (bass, keys, vocals) and Ben O’Leary (Guitar, keys, vocals) – delivers audio serotonin with a neon-powered dance-pop banger, infused with R&B and soul that should put the pep back into your step.

With this new single, Drax Project is looking for a kiss – as in, “keep it simple,” silly. “It’s been a pretty tough last couple of years for everyone,” the band shares with HollywoodLife, “so with ‘Crazy’ we just wanted to make a song that was pure fun – no deeper meanings, just something that hopefully makes people forget their troubles and feel good in the moment.” 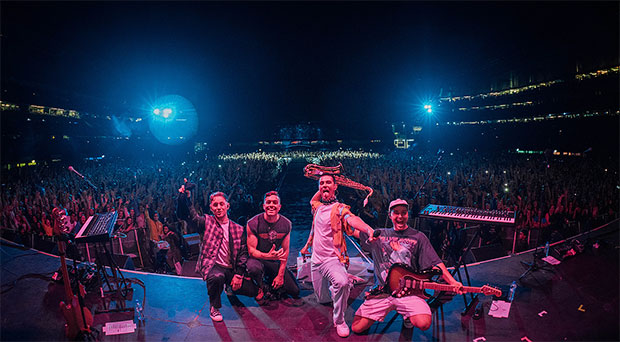 Drax Project has been making the world feel good for nearly a decade now. First starting off as a busker group on the streets of Wellington (New Zealand’s capital, in case you didn’t know), Drax Project released their first EP in 2014 on Bandcamp. From there, people began picking up what the group was laying down. Lorde had them open for her Auckland concert in 2017. Camila Cabello enlisted them to open the European leg of her 2018 Never Be The Same tour, after they opened for Ed Sheeran on three performances of his Division tour. In 2019, the group released their first studio album on Universal, and since then, it’s been certified double-platinum. 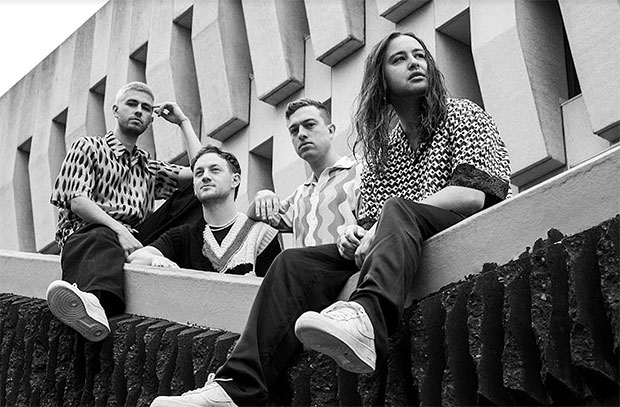 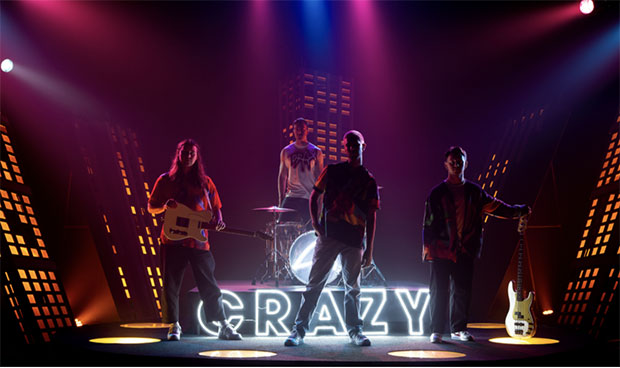 “Crazy” sees Drax Project work with Grey — who teamed with Zedd and Maren Morris for “The Middle” – and Grammy-award-winning mixer Tom Norris. “We were road tripping around America when ‘The Middle’ blew up,” the band tells HollywoodLife. “Every time it came on the radio we’d be like ‘turn it up,’ ‘damn this sounds good,’ and so on. So when the call came to work with Grey and Tom Norris we obviously jumped at it.”

While the pandemic isn’t over, it seems that things are adjusting to a place where live music can go on. This means that Drax Project will one day soon be road trippin’ across the U.S. again. “We’ve been super lucky to be in New Zealand during the pandemic,” says the group, “but we are missing America. In the 2 years before COVID, LA had become like a second home. It’s been really sad watching what our friends in the US have gone through, but hopefully, 2022 is the year where things turn around. We can’t wait to come back!” And when they do, get ready to go crazy at their shows!

Related: Charlotte Ritchie: 5 Things To Know About The Actress Playing Joe’s New Love In ‘You’ Season 4