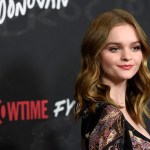 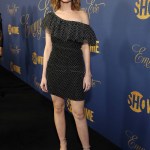 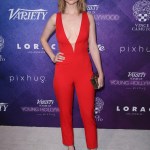 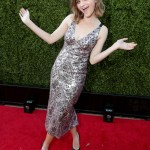 ‘Ray Donovan’ wrapped up its story in a satisfying final film. HL spoke EXCLUSIVELY with Kerris Dorsey about the game-changing Bridget moment that brought ‘Ray Donovan’ to a close.

Ray Donovan turned the page on the final chapter of its story after 7 incredible seasons. Ray Donovan: The Movie weaved the past into the present to bring the Donovan family full circle. Bridget Donovan, played by Kerris Dorsey, played a major role in finishing the story: Bridget kills Mickey.

HollywoodLife spoke EXCLUSIVELY with Kerris about this pivotal moment and whether or not Bridget has any regrets over killing her grandfather. She also discussed being able to fully say goodbye to Bridget after the show’s shocking cancellation in 2020 and how she feels about Bridget’s ending.

Before we get into the movie, Ray Donovan was abruptly canceled after season 7 in February 2020. Talks of a movie came up, but then COVID took over. Given the COVID situation, did you think this movie would ever come to fruition before you started filming?
Kerris Dorsey: I did not. I think I made my peace initially with it being canceled, had my little mourning period, and then I kind of moved on. There were people saying for a while that there was going to be a movie, but I feel like I don’t trust things until I’m on set shooting them because it’s hard enough to get something made, let alone during a pandemic, so I really didn’t think it was going to happen. I hoped that it would, but it wasn’t something that I felt was a given. So it was just that much sweeter when we were on set shooting and that it actually happened.

What did it feel like to get the chance to fully say goodby to a character you’ve played for nearly a decade after the show was canceled?
Kerris Dorsey: It was very emotional. I was looking at videos from the shoot, and I have videos of everyone wrapping their characters and getting a series wrap and everyone crying in it. I think we all thought that it was the end, and we didn’t get to really say goodbye. We didn’t really get to finish the storyline because season 7 leaves off in a really cliffhanger way. I started playing Bridget Donovan when I was 14. It was like a weird breakup when we got canceled. It was like someone breaking up with you. You thought everything was going well. You just don’t anticipate it at all, so it felt like closure in that way.

Bridget completely floored me in the movie. What was your reaction when you read that Bridget was going to be the one to kill Mickey?
Kerris Dorsey: I was really shocked because no one told me beforehand, so I knew just from David Hollander, the showrunner, that there was good stuff. I was like, ‘Okay, whatever.’ I’m very skeptical I guess is the takeaway. So when I read that, I didn’t even anticipate it. I wasn’t even picking up context clues throughout the whole script. It was very shocking. I remember I was in Hawaii and had just touched down and was reading it on my phone. It was very not ceremonial at all. I was just scrolling on my phone. It was very shocking for me.

After it happens, Bridget remains stoic. She doesn’t apologize to Ray for it. She just says, “It had to stop. It had to end.” Your delivery was breathtaking. Walk me through that final scene for Bridget, which will go down as one of the most pivotal moments of Ray Donovan.
Kerris Dorsey: Thank you. We did a lot of rehearsals. We were in that motel room for a week. It was a set motel room, and we worked through it in a lot of different iterations. There was a lot of talk of what her reaction would be. Would it just be pure stoicism? Would there be any kind of emotional relief? The whole movie I’m just like in a fugue state. Bridget is in so much pain. She’s not able to have any release, so we decided that’s the moment that you see her come out of it when she sees Ray and connects with him on it. On a human level, it all comes flooding out. It was a really fascinating rehearsal process. I think it went through a few different iterations, but I love the way that it turned out.

Do you think she has any regrets at all, or do you think she’ll remain at peace with her decision?
Kerris Dorsey: I think there’s more peace than anything. I think that it’s something that felt she needed to do. Her behavior is modeled after her dad. Once you let violence solve every issue, essentially, and there’s this cycle that’s been going on for years that obviously the movie explores with the flashback stuff. The only way for all of that pain to end in Bridget’s mind was to kill him, so I think there’s a lot of peace, but I also think there’s going to be some emotional fallout from that, which we will never see. But I think it felt right to her. It felt like the right decision.

Speaking of that cycle and referencing the flashbacks, we see Ray taking the fall for what his daughter did, for something he didn’t do. The situation is balancing itself out after Ray sent Mickey to jail for something he didn’t do. Do you think Bridget will be able to live with her father taking the blame?
Kerris Dorsey: No. I think that she is ultimately such a complicated person in terms of her family. But what’s happened to her, every single thing that’s happened to her throughout her very short life, I think that’s something that in the moment she had to accept because she knew that there was no other option. It was a perfect fix. Ultimately, it was a baller Ray Donovan fix, but I think that was all her action and her pain. It’s not something that you want someone else to go to jail for, especially your dad, even if you have a really complicated relationship.

In your mind, how do you think this will change their relationship? Have you thought about that at all?
Kerris Dorsey: I honestly haven’t just because it feels like such an ending. I feel like Bridget is a real person in certain ways, and it makes me really sad to think of her moving forward in the world. She has her uncles, but she has no parental figure anymore, especially if Ray’s in jail. I think there’s some imaginary alternative timeline where Ray gets himself out of jail. He’s done it before for other people, and everyone lives happily ever after. But I think that it’s going to be more complicated than ever. But Ray still loved Mickey after everything. As you see in the movie, there’s still so much love there despite everything.

Are you happy with where Bridget’s story ended?
Kerris Dorsey: I think that it’s always a mixed emotions thing because I think it’s a pretty poetic and cyclical way of ending the story. I do want a happy ending, even though I love movies that end kind of in this way, which is very bittersweet and sort of open-ended. Like I, for the characters themselves, I want them to be happy. I think that they’ve suffered so much, and I want them to have a great life moving forward. But in an objective sense, from an actor’s perspective or a storytelling perspective, I think it’s really satisfying. Even if it doesn’t mean a happy ending. I mean, no one was ever really going to have a happy ending. All of our favorite anti-heroes have to end with some extra added layer of trauma on the cake.