Imagine there’s a dance hall in the center of the world that exists on the other side of sleep, where everyone goes to celebrate an eternal prom under a moon-lit night. That is where you would find Curtis Godino Presents The Midnight Wishers, a trio of talented singers whose music would be compared to The Ronettes if Federico Fellini founded the seminal girl group instead of Phil Spector. One of the best slow dances at this prom would be “No Place Like Home,” whose video premieres here at HollywoodLife today. The visual is a psychedelic dream machine that puts the group – Jin Lee, Rachel Herman, and Jessical McFarland – under a retro ‘80s haze.

With stunning harmonies that linger in your ear long after the song is over, “No Place Like Home” gets under your skin – and it feels good. Described as a “liminal love song” by the group’s maestro, Curtis Godino, “No Place Like Home” shows how love can transcend the limits of consciousness. “When you close your eyes / I’ll be watching you from the other side,” sings Jin. The video amplifies this otherworld feeling, with the greasy filter leaving you feeling dirty afterward. It’s a good feeling. 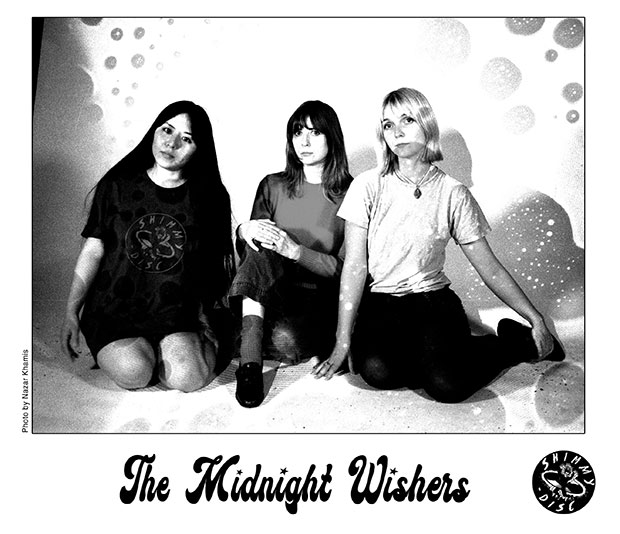 “I was always a fan of girl groups and old generic love songs,” said Curtis in a press release. “No matter how cheesy, they always get stuck in my head, so I decided I would try to make some of my own with the help of my friends.” The Brooklyn-based artist used his eight-track tape machine to put down the initial tracks. Jin, Rachel, and Herman – each a musician and a musical talent in their own right — were the missing pieces to the puzzle, and together, this marvelous music manifestation took form.

Be ready to hold a wish in your heart because when Curtis Godino Presents The Midnight Wishers drops in February, that wish will come true.