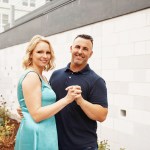 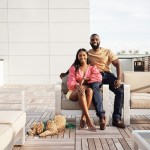 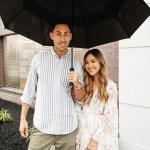 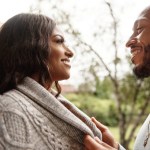 ‘Married At First Sight’ is back! Season 14 premieres on January 5. Get to know the 5 brand-new couples hoping to find everlasting love the ‘MAFS’ way.

Married At First Sight returns January 5 at 8 p.m. on Lifetime. Season 14 will take place in Boston, with 5 new couples meeting their stranger spouses at the altar. The 10 singles will enter into a marriage without having ever met before.

Over the course of the past 13 seasons, 12 couples are still together after they met on Married At First Sight. Will these 5 MAFS couples end up getting their happily ever after? Season 14 will showcase the highs and lows of their journeys. Get to know the couples below:

Alyssa (30) devotes her time to rescuing animals all over the world, leaving little room for dating. Her last relationship ended in heartbreak but she didn’t know how unhappy she was until it was over. Alyssa truly believes that Married At First Sight is her opportunity to find love and she thinks the experts will be able to break her streak of bad luck and find her the man she’s been searching for.

Chris (35) has had back-to-back long-term relationships since he was in high school. He needs the experts’ help finding a match because he’s learned that in his relationships thus far, he and his girlfriends are incompatible once the honeymoon phase ends. He hopes the matchmakers will be able to find him a woman who will keep his interest long-term! Dating apps are just not getting the job done!

Jasmina (29) knew early on that she had a passion for children, so she dove into her career helping local youth as an early childhood education teacher. After witnessing many failed relationships in her family involving infidelity and having gone through the same in her past relationships, Jasmina has done the work and healed from her trauma. She is truly ready to settle down and hand off the reins to the experts.

Michael (28) has tried all the dating apps but with no substantial results. A heart-to-heart conversation with his sister, led to him signing up for Married At First Sight because he wants a wife and a family but hasn’t been able to make it happen on his own. Michael trusts the experts and can’t wait to see the magic they create for him in finding his perfect match.

Katina (29) has spent the last two years on a self-love journey; she has been focusing on herself and has grown spiritually. She’s always dreamed of being a wife and mother but has struggled to find the right partner. Katina is ready for Married At First Sight because she believes this process works. She is ready to grow old with someone.

Olajuwon (29) is an admitted former “playboy.” After enjoying this period in his life he realized he was lonely. He wants a partner with whom he can share life and hopes to have a family of his own. Olajuwon went to college with Jephte Pierre from season six of Married At First Sight. After reconnecting at their homecoming, Jephte only had great things to say about his MAFS experience so Olajuwon was thrilled when the show returned to Boston.

Lindsey (34) has always looked up to her grandparents’ relationship—they’ve been married for more than 70 years. Having learned a lot from past relationships, Lindsey knows both what she wants and what she brings to the table. She firmly believes that the experts will be able to find her not just a man, but a partner in life.

Mark (37) has wanted to be married his entire life and has been on multiple dating apps, but meeting women who aren’t ready to be a wife is frustrating for him. Nicknamed “Mark the Shark” he even applied to be Married at First Sight the last time the experts were in Boston and he feels that MAFS is destined to be his ticket to love! He’s hopeful he’ll finally get the answer to the question he’s been asking for a while now: “Mrs. Shark, where are you?!”

Noi (33) is known in her group of friends as being the one who loves easily and freely and it has admittedly gotten her into some trouble in the past. She is choosing to go on the Married At First Sight journey because she’s tired of being let down. She trusts that the experts will have her best interest at heart.

Throughout his life, Steve (38) has had incredible examples of healthy, happy marriages. Recently, he found out his grandparents – who have been married for 60 years -had an arranged marriage. After witnessing so much love and happiness, marrying his future wife at first sight does not scare Steve. He is very hopeful that the experts will be able to find him a match who will make him as happy as his grandparents.