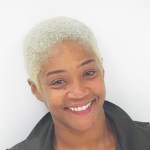 Weeks after five-year-old Kamarie Holland was tragically found dead in Alabama, her mother, Kristy Siple, was arrested and charged with the young girl’s murder.

Siple waived extradition to Alabama, according to PEOPLE, and she reportedly hasn’t entered a plea. Kamarie’s father, Corey Holland, issued a statement to WRBL shortly after Kristy’s arrest, saying that “the amount of pain” the family feels with Kamarie’s death “will never cease.” In the statement, Corey called Kristy “a monster,” and if found guilty of the alleged murder, said that Kristy “should receive whatever the maximum penalty she can get. … My family and I will continue to wrestle with the loss of losing our angel Kamarie. We will ask that you continue to make your news about her and the justice she deserves.” A GoFundMe — along with a photo of the little girl — has been set up here to help Kamarie’s family with funeral expenses.

It was Kristy who first reported Kamarie missing to the Columbus police department on Dec. 13. She allegedly told the officials that she woke up that morning to find Kamarie was gone from their Georgia home and that the front door was left open. Tragically, the young girl’s body was found later that day inside a vacant house in Phenix City, Alabama. Phenix is roughly 1.5 miles away from Columbus, just across the Chattahoochee River.

Two weeks before Kristy’s arrest, authorities arrested Jeremy Williams, 37, and charged him with capital murder with Kamarie’s death. Williams was taken into custody at the Bamboo Motel on Opelika Road in Phenix City, per KKTV 11 News. Authorities said he and Kristy knew each other, but the sheriff said they were not dating. Williams was previously charged with abusing children in Phenix City and Columbus, per KKTV (he was acquitted of the Phenix City charge through a jury trial, per PEOPLE.) He was also a suspect in the death of a 1-year-old in Alaska, but charges were dropped to insufficient evidence.

Authorities are waiting for an official autopsy report. During a press conference, Russell County Sheriff Heath Taylor said investigators believe Kamarie’s cause of death was asphyxiation and that the motive behind the kidnapping was sexual. As of Thursday, it was unclear if Williams had entered a plea to the charges. The investigation remains ongoing.