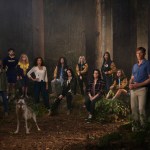 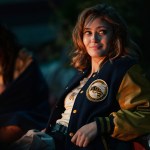 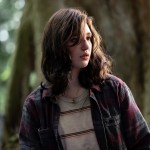 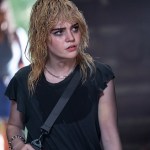 Shauna had to make a life-changing decision on the latest ‘Yellowjackets.’ Sophie Nélisse spoke EXCLUSIVELY with HL about that intense Shauna moment and if she thinks Jackie could forgive Shauna. SPOILERS!

The sixth episode of Yellowjackets was a crucial one. Teen Shauna is well aware that her pregnancy is not ideal while being stuck in the wilderness, so she attempted to give herself an abortion. Teen Taissa found Shauna during the attempt and agreed to help her so she wouldn’t have to do it alone.

In the midst of excruciating pain, Shauna eventually decided she couldn’t go through with it. She cried in Taissa’s arms over not wanting to die but also not wanting Jackie to find out she’s pregnant with Jeff’s baby. HollywoodLife spoke EXCLUSIVELY with Sophie Nélisse about that critical scene, Shauna and Taissa’s bond moving forward, the Jackie of it all, that mysterious flash-forward scene, and her thoughts on whether or not she thinks the baby could survive out there. Read our Q&A below:

When Shauna decides that she’s going to perform an abortion on herself, what is she more afraid of? Of dying or Jackie finding out?
Sophie Nélisse: I think it’s a mixture of both, to be honest. I think what pushes her to do it is definitely Jackie finding out because I do think she is concerned for her life, but I think in her eyes, even worse than that is losing this friendship that she’s had over the years and also losing the only thing she has left considering they’re in the forest and fighting for their lives. It’s literally the only thing she has. There are also the repercussions that it will have on the whole group, what will happen if they start fighting. I know they’re not thinking about eating each other yet, but you just know it’ll definitely separate people into different groups. I just don’t think she’s found her voice yet to be able to come out to Jackie about this. Obviously, I do think she’s concerned about her life, but it’s a risk both ways. Keeping it is such a risk because I don’t think that she will have enough food or be able to sustain a child, but also doing the abortion is such a risky move, especially with the material they have to perform it. It’s such a risky procedure. I think they’re both extremely scary, and I think you can feel it in the scene.

Taissa does find Shauna and agrees to help her at first. Shauna eventually decides that she can’t go through with it, and she’s going to keep the baby. This is a pivotal moment for Shauna and Taissa. How does this moment change their bond going forward?
Sophie Nélisse: I mean, they definitely share this secret no one knows, so that bonds them together. They have this unspoken deal that they won’t talk about it. I think it’s such a pivotal moment because Shauna’s never been able to tell this to anyone. I think it’s such a weight lifted off her shoulders that she can confide in someone. I also think what’s huge for Shauna and Taissa is that there’s no judgment between them. Things will happen later on for Taissa’s character, but Shauna will never judge Taissa nor will Taissa judge Shauna. I think that’s so important, and I think that’s something she’s always felt with Jackie. She’s always felt judged. She’s never really felt listened to. She’s always felt like the sidekick. Having someone support her in her decision… not even support because, obviously, Taissa’s not OK with what she’s done, but someone just having your back no matter what. I think she’s sort of realizing what maybe are values she’s been looking for in a friendship that she didn’t necessarily have with Jackie. I think that she’s starting to realize how nice it is to have an honest friendship maybe. I think that’s when it’s going to start to change and then also because she’s so scared of Jackie’s reaction since they’ve been drifting apart for a while already.

That scene between you and Jasmin Savoy Brown was absolutely gut-wrenching. Both of you were incredible. When Shauna cries after she tells Taissa to stop, I got full-body chills.
Sophie Nélisse: I remember reading that in the table read. Jasmin and I just looked at each other and we’re like, “This is so rough.” Just reading it we got chills. Just going through an abortion on its own with a medical team is already traumatizing. I can’t imagine doing it with your friend with the underwire of your bra. That is terrifying.

Will others find out about Shauna’s secret soon?
Sophie Nélisse: I think the bump will start to definitely show, and it will start to get hard to hide the baby bump.

Do you think this is something that Jackie could get past?
Sophie Nélisse: I don’t know. I mean, it all depends on how Jackie matures, and I think that’s what’s interesting about Jackie’s character. Is she going to make it or break it? Her character could go either way. She could adapt, which we all kind of do in situations like that. Or maybe we’ll see Jackie’s true colors and see how she won’t be able to adapt to this new environment and how she will be so mad at Shauna. It’s hard to say without revealing anything because, obviously, I know what happens in the show. It’ll all depend on if Jackie’s mature enough and also how they will together — Jackie and Shauna — handle the situation. I think it also has to do with Shauna and how Shauna will react to this conflict.

We know that Shauna survives, but the baby is still a big question. Do you know what happens to the baby?
Sophie Nélisse: I have no idea. They won’t tell me. I mean, I personally don’t think it’s able to survive. I will have a discussion about this with the writers potentially because if they do want to keep it and they’re not eating, I just don’t see how she could sustainably keep a child alive when they’re on the verge of death. They would have to find a lot of food and a lot of water. I don’t know if they’re going to make me lose it at birth or before or it dies shortly after, I just don’t see how she could be able to have the baby in her belly for so long without her dying. Or maybe they’ll make me get really sick.

Obviously, we know that certain people survive. In the first episode, there’s that flash-forward to the middle of winter where the only person we know for sure is there is Misty. Will we see more of that flash-forward scene towards the end of the season? I’m so curious who’s there and who’s been dubbed the Antler Queen.
Sophie Nélisse: We don’t know who the Antler Queen is. We have our theories, but we don’t even know. In the scripts that we read, there are no more flash-forwards to that time. I mean, they might add some in that I’m not aware of because I haven’t seen the episodes but I don’t think there is. I think it’s really more of a glimpse in the first episode so we know where they’re headed, but then it’s more focused on the present time. What I love is that you see this and your mind has to go so far in order to reach that level of environment. I love how we see it in the first episode and how they incorporate subtle beats throughout the show. The whole Laura Lee and Lottie connection. The rest of the group doesn’t see that going on, and then little tiny things that happen where it makes sense. Also, when your mind is so disconnected from reality, it’s such a fine line of — are you going crazy or are you just trying to survive? All of these sort of supernatural elements that they’re trying to add aren’t necessarily supernatural because when you’re sleep-deprived and food-deprived it can happen. It’s interesting to see the subtle progression to where they’re going to end up.

As we’ve seen over the last few episodes, tensions are heightened. We’re starting to see shifts within the team as they try to figure out who’s going to be a leader and who is going to be a soldier in a sense. What can you say about these dynamics between the survivors plays out in the last 4 episodes?
Sophie Nélisse: It gets crazy. I think because they’re missing out on food and haven’t eaten for a while, the survival instinct kicks in even more. I think a lot of people are starting to see each other’s true colors which is scary. It’s definitely not going to stay a group. I think there’s going to be a lot of little tiny groups together that it’ll kind of split into two. As we get even crazier, there’s just going to be a lot more fighting, a lot more tension, and things get a lot scarier as well. There’s not a lot of funny beats anymore.

Not a lot of happy moments going forward I’m assuming…
Sophie Nélisse: There are also still these moments where we’re all like together because, at the end of the day, we’re a team and we trained together for so long. We’re kind of used to relying on each other, so I think we know at the end of the day if we want to make it we have to stick together. Our mindset is not killing people off. We’re just all trying to stick together and survive.

The show kicked off with that really eerie scene of the woman falling into the trap and dying. Do you know who that is?
Sophie Nélisse: I don’t.

Do you have any theories?
Sophie Nélisse: My mom had a theory that it was Lottie’s character because of the long brown hair. I don’t think anyone knows, to be quite honest. Even the costume designers, were like giving us shoes. There’s that one moment with the pink converse that we see. They’re trying to make us all wear them so we don’t know who it’s going to end up being. It’s a little unrealistic though because we all don’t have the same shoe size. I don’t think anyone knows. There are still so many characters to dig into and so many different ways this can turn out. I’m excited to read more.

Me too. We’ve also seen the present day where the survivors are not friends. They haven’t spoken to each other in years. They’re not a part of each other’s lives. Obviously, they went through hell but what happened to get them to that place where they’re not united anymore. That’s what I want to know.
Sophie Nélisse: We know very little about the end, even how they got rescued and how many people died. Are they the only four other than Travis? Are there more? Maybe there are other people that we’re not aware of. We know so little. There’s so much to uncover.